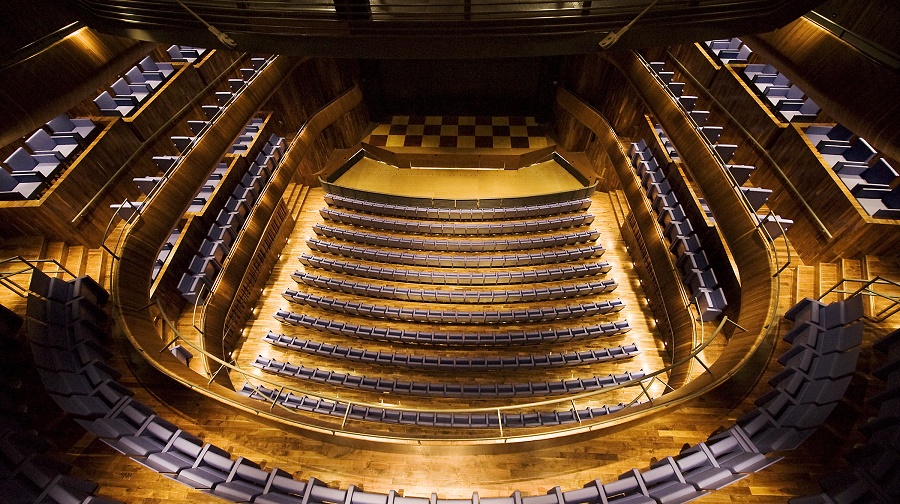 In April 2019, the opera will also be broadcast on Arte’s digital on-demand culture channel, Arte Concert as part of ARTE’s 2019 Opera Season in which 22 operas from opera houses across 14 countries will be broadcast free-of-charge to audiences across the world, creating a special online service for lovers of classical music.

This latest collaboration has been facilitated by a close partnership between RTÉ and ARTE as part of a pan-European public-service initiative which sets out to promote European culture by offering European cultural content and events on-demand and free-of-charge to audiences worldwide on the digital platforms of partner broadcasters.

International audiences will now get to experience this leading Irish cultural event, Il bravo (The Assassin) by Saverio Mercadante, live from the National Opera House as part of Wexford Festival Opera on www.rte.ie/culture on Saturday 27th October. This performance will then be available for catch-up on RTÉ Player.

In addition, RTÉ lyric fm will broadcast Il bravo (The Assasin) live on Saturday 27th October as part of Opera Night with Paul Herriott and will also be streamed around Europe courtesy of the EBU Premium Opera Season. Two additional operas will be recorded for future broadcast: The European premiere of William Bolcom’s, Dinner at Eight will be broadcast on Saturday 3rd November on RTÉ lyric fm and streamed around Europe as well, courtesy of the EBU Premium Opera Season; while the double-bill of L’oracolo and Mala vita will be broadcast on RTÉ lyric fm on Saturday 10th November.

Ann-Marie Power, Group Head of Arts & Culture, RTÉ, said:  “I’m delighted that RTÉ’s partnership with the Wexford Festival Opera is further enriched this year and that our close relationship with ARTE continues to bear fruit. Arts and culture is for everyone and this visual spectacle, along with RTÉ’s Culture Night events and the RTÉ Radio 1 Folk Awards, is part of a series of exciting arts events which RTÉ is livestreaming and bringing to our audiences, wherever they are.”

ARTE will stream the performance on its bespoke online culture channel, ARTÉ Concert, from April 2019. ARTE’s Opera Season invites audiences to experience outstanding new productions from magnificent performers by leading European opera houses every month. These will be available on-demand, worldwide, and subtitled in six languages.

From the outset, Wexford Festival Opera has set itself apart with a bold and unique vision: to introduce audiences to the ‘Hidden Gems’ of the opera-world by staging rarely performed operas to the highest artistic quality. It is a vision to which the Festival has held fast for 67 years and one that continues to give Wexford Festival Opera its distinctive character. The 67th Wexford Festival Opera runs from 19th October – 4thNovember 2018. For more information and full programme, visit www.wexfordopera.com.

David McLoughlin, Chief Executive of Wexford Festival Opera, says: “Ten years on from RTÉ broadcasting live on terrestrial television from the National Opera House on its opening night, a new and exciting chapter in Wexford’s partnership with RTÉ has commenced with the national broadcaster live streaming across the globe one of this year’s main opera productions. This venture forms a crucial part of Wexford’s digital strategy, enabling its already large international audience expand even further by virtue of this new opportunity for audiences anywhere to view and enjoy a Wexford production live online.”

ARTE Opera Season, which has been developed in partnership with broadcasters all over Europe, including RTÉ, RTBF, YLE and RTS, will begin with the live streaming of Mozart’s Die Zauberflöte (The Magic Flute) from The Théâtre Royale de la Monnaie, Brussels, on September 27th