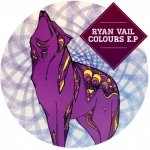 With label interest already from Warp Records, as well as support slots for Jon Hopkins, David Kitt, Boxcutter and Luke Vibert behind him, 2012 is set to be an incredible year for Ryan. He has already been entered into the Contenders Award – part of the 150th Year celebrations of Belfast’s Ulster Hall on 25th May this year – an accolade that could see him follow in the success of previous winners The Wonder Villains.

The Colours EP delivers three tracks that contribute to the continuing conversation between deep, textured, ethereal electronic music and strong, emotive songwriting. Comparisons to James Blake, New order, The Album Leaf, The XX, and Boards of Canada go some way to describing the lush texture and glacial melody of Ryan’s sound which is inextricably rooted in low rumbling analogue warmth and crisp drum machine rhythms.

The Colours EP Remixed is already in the works with some of the most exciting names in electronic music at the helm, the fruits of which will be available in the not too distant future so keep your eyes and ears peeled.