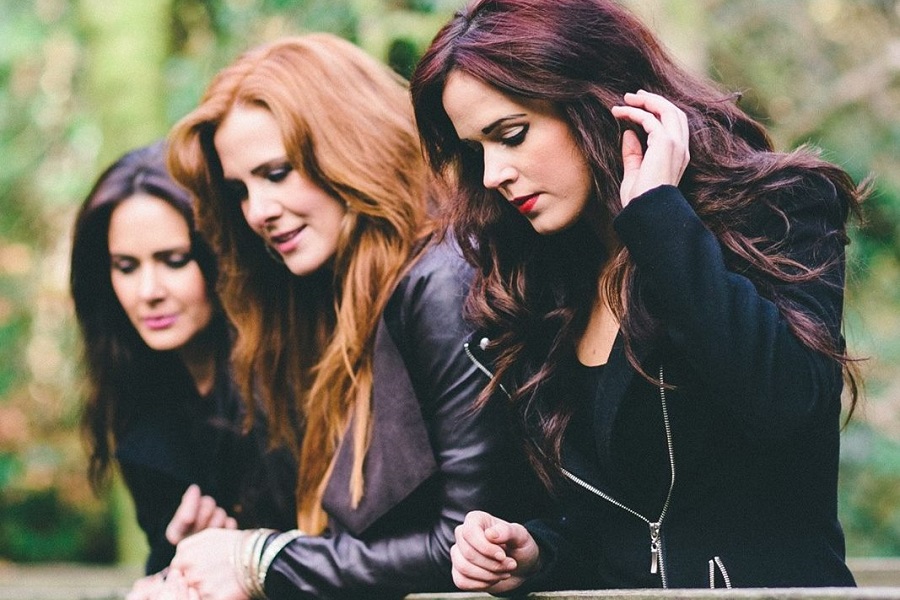 Northern Irish family band Saffyre release their much anticipated single ‘Run For Your Life’ on Friday May 26th. The song was recorded by Grammy Award Winning producer Jim Jonsin in his Florida studio. Jonsin has written and produced music for artists such as Beyoncé, Eminem, Pitbull, B.o.B and Usher. The single is available to purchase from May 26th 2017.

Saffyre spent two weeks in Florida with Jonsin and his team co-writing and working on ‘Run For Your Life’.The single is a mix of pop meets folk, meets country. The varied backgrounds of Jonsin, his team and Saffyre have come together to create a unique, fresh sound that is to date the ‘most exciting, energetic’ project that girls have worked on.

The song and lyrics have a strong empowering message of overcoming difficulties- ‘running on empty when the end is in sight’ and keeping focused on what’s important- ‘you’re not alone, when you’re running for your life’.

The girls grew up very closely in a large family where music and singing was a huge part of their lives. They were influenced by many artists across several genres ranging from Country, Folk, Pop, Blues, Irish Trad and Rock. The melodies and harmonies that are signature to the Saffyre sound are a culmination of the influences they grew up with and the three part harmony they have honed and perfected over years of recording and live performance. Jonsin has captured the strength of family harmony, strong melody lines and unique vocal blend in this upbeat, catchy track.