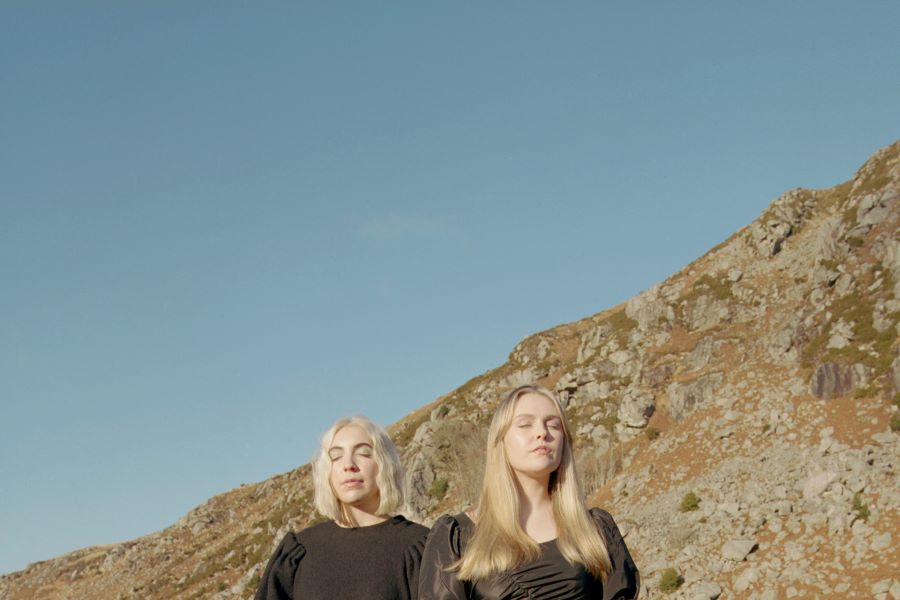 Today Saint Sister release their latest single ‘Dynamite’, alongside a video directed by Ellius Grace. This month the band embark on a 16 date North American tour with Keane.

Built around a descending melodic motif across harp, dulcimer and piano, ‘Dynamite’ crescendos into a glimmering soundscape. Songwriter Morgan MacIntyre explains, “When writing this song, I was trying to make sense of a few very personal, very powerful moments that seemed on the one hand extremely real and vivid and on the other hand appeared to exist in another world, separate from me. I felt suspended and the song was a means to grounding myself. I was looking for ways to quantify and qualify what in the end maybe can’t really be said or really felt except for in the moment.”

Speaking about the production, arranger Gemma Doherty states, “The instrumentation reacts to these ideas, with the melodic theme and counter-melody gradually locking together to create a tapestry which ultimately comes apart again. Each verse is held in a sort of suspense, resolving, and briefly becoming grounded in these moments of ‘Dynamite‘.”

The accompanying video clip showcases another fruitful collaboration with Director Ellius Grace. On the video he says, “‘Dynamite’’is about the memories of the end of a relationship. The conversations you have, the experiences that ultimately morph and change, and the point of no return. I wanted to portray these memories as if they were being examined over and over again by our protagonist. We pick up on specific actions and situations which, through their repetition take on new meaning. Things that once felt close and intimate, now feel distant and dark. This subjective view focuses in on details rather than full scenes: a change of emotion.

We shot on 16mm with DP Eoin McLoughlin, to give the piece a grainy, organic look. This allowed us to create a dreamy, intimate atmosphere to these memories. The limits on the amount of footage and the very specific notes we needed to hit created an intimate atmosphere on set, and I think that comes through in the video.”

Saint Sister are a duo from the North of Ireland. Since forming in 2014 they have become one of Ireland’s most critically acclaimed acts.  ‘Dynamite’ follows the release of Saint Sister’s debut album ‘Shape Of Silence’ in October 2018. The record was nominated for the Choice Music Prize and the Northern Irish music Prize as well as winning praise from NPR, Billboard and strong editorial support at Spotify.

2019 was a busy year for the band. Starting with a two-week tour of Canada in February and followed by a month-long tour of the USA in May opening for Henry Jamison, during which they stopped by NPR to record a Tiny Desk session (released in July).  The summer saw them release a stand-alone single ‘Is It Too Early {Kilmainham}’, open for Robbie Williams in Hyde Park, perform a private concert for president Macron in the Élysée Palace as well as a captivating main stage performance at All Together Now. Weeks after their sold-out Autumn Irish tour the band won the “Best Emerging Folk Act” in the RTE folk awards.

2020 has seen the duo travel to Mexico City for their first Latin American show organised in collaboration with the Irish Embassy in celebration of Saint Brigid’s Day.