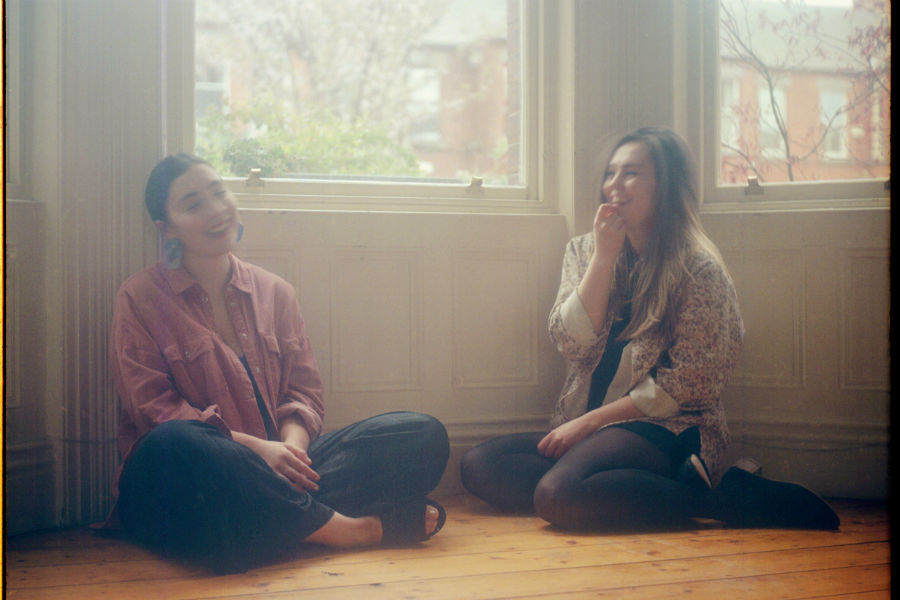 In the wake of a busy and exciting 2018, which saw the release of their debut album ‘Shape of Silence’, a worldwide headline tour, opening shows for Hozier throughout Europe, and a Choice Music Prize nomination, Saint Sister – Gemma Doherty and Morgan MacIntyre – share their enthralling new single, ‘Is It Too Early? (Kilmainham)’. Central to the song’s subject matter are palpable strands of social anxieties and homesickness.

The melody, conceived in Kilmainham, and developed across a number of locations as far-reaching as Sydney and California, marks a progression in Saint Sister’s contemporary take on folk music coupled with a fresh approach in the duo’s song-writing.

Inspired by the formative experience of their first worldwide tour, Doherty and MacIntyre were keen to practice a new way of working borne from a newfound understanding of each other as a result of the communal aspect of extended periods of travelling. A deepened closeness which has trickled into their song-writing.

In February of this year, Saint Sister brought the bones of the song to Diffusion Lab where they fleshed out the breadth of the arrangement by incorporating a myriad of R’n’B beats and various field recordings to compliment their gorgeous harmonies and synonymous harp flourishes.

Speaking about the collaboration, Gemma said, “We were very open going into Diffusion Lab, we went into the studio willing to go somewhere with the song that we possibly wouldn’t have gone had we worked on it by ourselves. They suggested sounds outside of our instincts. In the end, I think the song perfectly represents the best of both worlds and our respective musical sensibilities.”

Expanding on the lyrical themes, Morgan explained, “The sentiment is twofold; on a very personal level it came from the homesickness and anxiety we were feeling on tour, all the while receiving messages from home wishing us well on our big adventure. From that, I had the first line, ‘Hope you’re having fun, all American’. The reality, however, was the two of us in the back of a van not getting to explore the different places we passed through, coping with the stress of a hectic new routine, and learning how to support ourselves as much as each other”.

“I couldn’t shake the feeling that I was supposed to be having the time of my life but all I wanted to do was go home. On a broader level, it wasn’t a new feeling, it overlapped with the social anxiety I have at most parties. I know a lot of people share that feeling of being somewhere where you’re supposed to be having fun, surrounded by friends enjoying themselves, but you’re stuck inside your own head, wondering whether it’s ok to leave. If it’s too early to go home”.

“The final two lines come from a conversation I had with my mum, “Give my love to G, chased by my reply, ‘She takes care of me’.  While the song is rooted in our individual loneliness, it ends with a nod to the support we give each other and I think there’s real hope in that.”