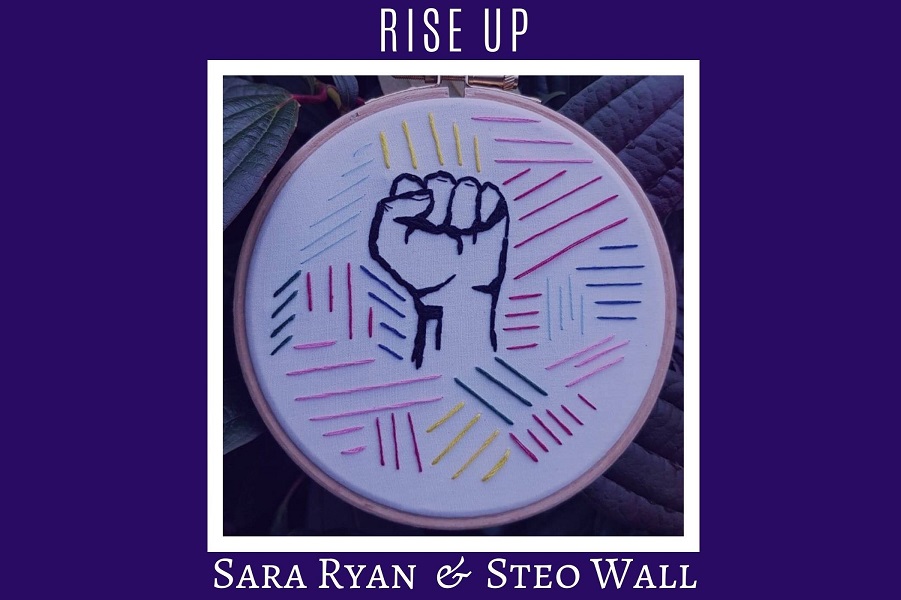 ‘Rise Up’; is a collaboration with Sara Ryan and Steo Wall which brings to the fore their shared ability to observe and artfully reflect society back unto itself. Their contrasting vocal styles blend perfectly around lyrics that hit right between the eyes.

This is the second release of three singles in our countdown to Sara Ryan’s album release this coming autumn. The official release date of ‘Rise Up’ is the 25th April ’19.

Hailing out of Newbridge, County Kildare and now singing out of Cork City, Sara Ryan, armed with her lyrical blend of emotional honesty, self-awareness and societal reflection, driven by a perceptive and rebellious spirit, is forging a path every music loving ear throughout Ireland.

Sara’s soft and smooth but soulful vocal styling, supported by beautifully crafted melodies, invites the listener to stay tuned for the electrifying sound and next insightful rhyme.

Not everybody can boast such collaborators as Luka Bloom, Damien Dempsey and Davey Spillane on their debut album. But when you meet Steo Wall for the first time, you quickly understand why such legendary musicians wanted to get involved with ‘Where I’m From’ – Steo’s debut album. A sound bloke, quick to laugh, with a rich Dublin accent and the wit to go match it; ‘Where I’m From’ boasts eleven heartfelt biographical tracks. Damien Dempsey calls Steo’s work ‘Irish soul music‘, and was quick to ask Steo to be his warm up act on national tours in 2016/17 at Christmas, 2018 he again opened for Damo to a full house at Vicar St. Steo is accompanied by Damien, on the first track to be released from his album – ‘What’s Wrong With The World Ma’.