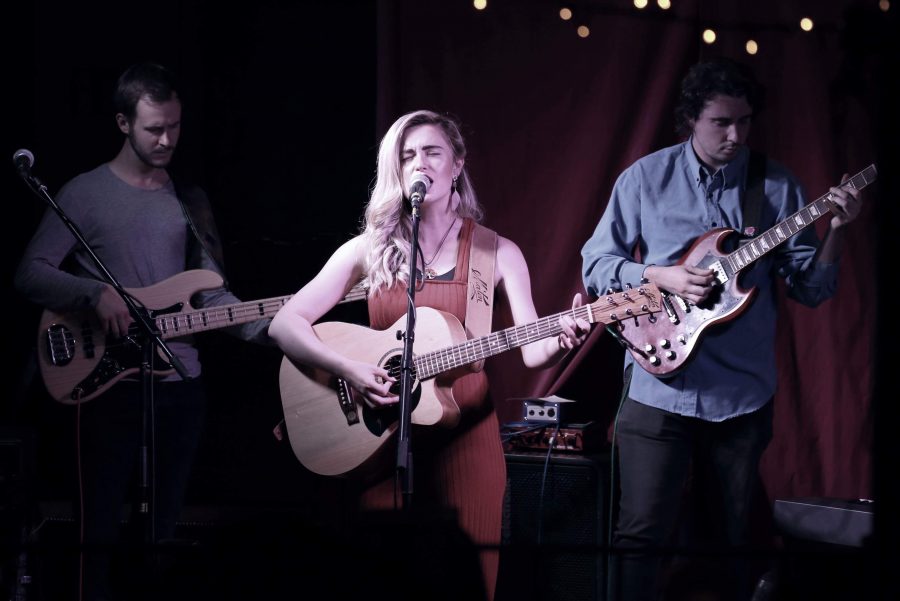 Sara has played to over 2,000 people this summer and has received a huge live response for her music from audiences all over Ireland, from extensively touring her Debut EP, “Glitter Skies”, throughout the country this year. Sara has sold out some of Ireland’s award winning venues. Sara is still currently touring her Debut EP, which contains her third single “Euphoric Recall”, which has been getting a huge amount of airplay all over Ireland from Roddie Cleere KCLR, Dj Ray WLR, KFM, Beat 102 103, Dublin City FM Sin E Radio Show, Fiachna O’Braonain RTE Radio One, Ruth Smith, John Creedon and Sara has received wonderful praise from critics such as GoldenPlec, REMY, Hot Press, the public and Maton Guitars, “we are delighted to have Sara on board”.

This summer Sara played the world renowned stage of the Doolin Folk Festival (White Horse Sessions Stage). This followed a busy 2017 when she released her debut single ‘Belle’, which won “Best New Comer” and “Best New Single” on Dublin CityFM, to top the year off, she was crowned ‘New Folk Artist of the Year’ at the prestigious Irish Folk Music Awards, alongside Damien Dempsey, Johnny McEvoy, The Druids and Aoife Scott. The Kildare-born songwriter, now based in Cork City, built a strong and loyal following touring with Mick Flannery, Jack L, John Spillane, Wally Page, Luka Bloom and Cry Monster Cry.

September 2018 sees the release of Sara’s third single, “Glitter Skies”. The title track of her debut EP. Outside Ireland beckons as Sara has been asked to play a show in Denmark, and will tour other European countries to promote her EP, “Glitter Skies”. Sara Ryan brings a soulful, blues infused and electrifying sound to Ireland that hasn’t been heard before. Sara plans to record her debut album in 2019.