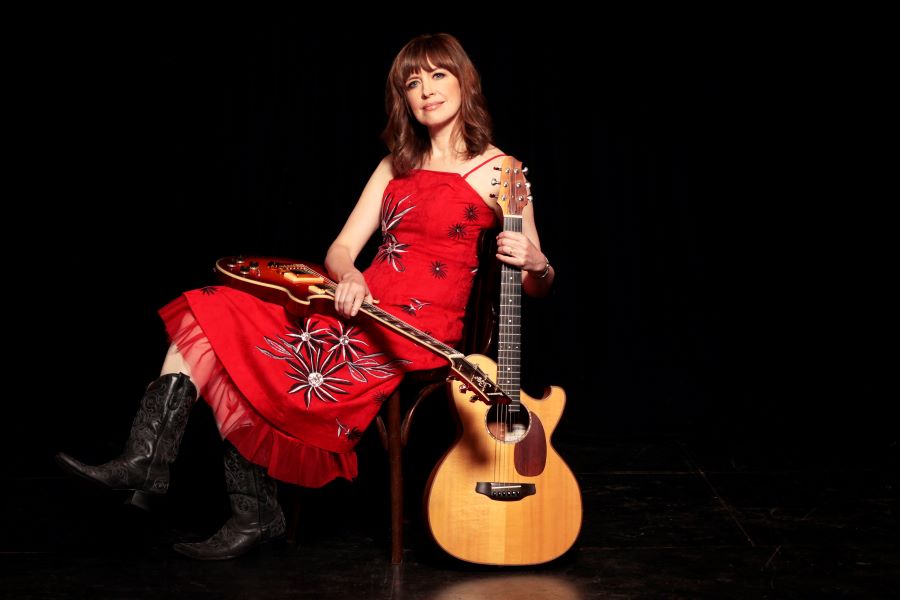 Spain-born, American-raised and Cornwall-based singer/songwriter Sarah McQuaid is heading out on the road again for a 48-show tour beginning in the Netherlands on 27 February and finishing at the Acoustic Festival of Britain the last weekend in May. The tour takes her through five different countries – something that may become considerably more difficult for Sarah and her fellow musicians from next year onward.

“I’ve no idea what’s going to happen as regards carnets and import duty and so on,” says Sarah, “but I have to say I’m really scared. I looked up the gov.uk website page on travelling to the EU after 1 January 2021, and followed the link there to how to apply for a carnet, and I was horrified to see that in addition to the £300-plus cost of the carnet itself, you also have to put up a security deposit of 40% of the value of all the gear you’re bringing with you. I wouldn’t even be able to come up with 40% of the value of my acoustic guitar, let alone the rest of the kit I tour with!

I’m desperately hoping that the Musicians’ Union is successful in their campaign for an affordable ‘Musicians’ Passport’ touring visa that covers crew and equipment and eliminates the need for carnets.

I’m lucky in that I’m an Irish citizen, so I’ll still theoretically be able to work in Europe, but the whole carnet business is terrifying, not to mention the possibility of import duty on CDs and any other merch, T-shirts and so on, which is a big part of what makes a tour financially viable.

And the worst of it is that there’s absolutely no way of knowing at this point what the reality of the situation is going to be, and meanwhile I’m already having to make commitments for tour dates next year, even though I’m totally clueless as to what hoops I’ll have to jump through in order to be able to fulfil those commitments.

But in the meantime I’m very glad to be heading out on this year’s tour, and I’m determined to make the most of it! And I do hope that anyone who’s listening supports the MU’s campaign. It’s so important for small-scale, grassroots acts like myself to continue to be able to tour in Europe, and ditto for European acts who tour over here — the UK music scene would be so much the poorer without them.”

For more info on the MU’s campaign and to sign the petition for a Musician’s Passport, click here: https://www.change.org/p/government-parliament-let-touring-musicians-travel-support-musicians-working-in-the-eu-post-brexit-workingintheeu

Her award-winning musicianship, distinctive chocolatey vocals and mastery of the songwriting craft have led reviewers to describe Sarah as a “triple threat”. Add to that a warm, charismatic stage presence, five critically acclaimed solo albums and a battery of instruments including acoustic and electric guitars, drum and piano — and you’ve got a one-woman powerhouse who defies categorisation because there simply isn’t anyone else out there quite like her.

Produced by guitar legend Michael Chapman, Sarah’s fifth solo album ‘If We Dig Any Deeper It Could Get Dangerous’ is distributed worldwide by Proper on LP as well as CD, and has received rave reviews worldwide: Dutch music magazine Heaven hailed it as “an early contender for folk album of 2018,” the UK’s fRoots said it was “a collection to savour” and the USA’s PopMatters called it “a gateway into a true innovator’s soul.”

11 May Stirling Folk Club
12 May Glasgow: Live At The Star
14 May Crail Folk Club
15 May Glenbuchat Hall (plus workshop)
16 May Grantown Museum
17 May Drumnadrochit: Craigmonie Centre
21 May Malton: The Milton Rooms
22 May Snailbeach Village Hall
23 May Southwell: The HopBarn
28 May Rossendale: Helmshore Mills Textile Museum
29-30 May Uttoxeter: Acoustic Festival of Britain