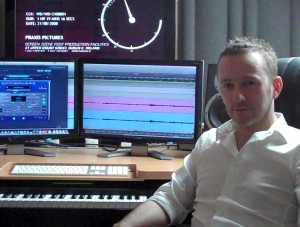 Irish composer, Dean Valentine, has had a series of successes scoring music for film trailers in the past couple of years. He recently scored trailers for “Fury” starring Brad Pitt and Clint Eastwood’s “American Sniper”.

The feature documentary, “Close to Evil”, which Dean scored last year is currently showing in film festivals around the world. The documentary tells the story of Tomi Reichental, a survivor of a Nazi concentration camp who now lives in Ireland, and his quest to meet one of the SS guards who kept him in captivity.

Now Dean is working on the score for a feature film, “Tiger Raid”, set in Iraq and starring Brian Gleeson and Damien Molony. The film is due to hit cinemas later this year.