Scott Maher releases ‘Every Colour In My Sky’ single 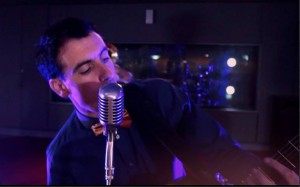 A glorious, upbeat, song with flavours of calypso, soul, ska and funk!  A real get up and groove in the sun sound!

As well as writing and singing “sublime voice” (In Dublin) Scott is a talented multi instrumentalist (piano, guitar, drums). This is Scott’s second offering from his forthcoming album “Little Victories” due for release early next year.

Scott has a varied musical background, as a writer he spent time in Nashville and co-wrote with among others Ruby Amanfu (Jack White Band), he was a member of Dublin band The Beach and is a founder member of The Shoos.