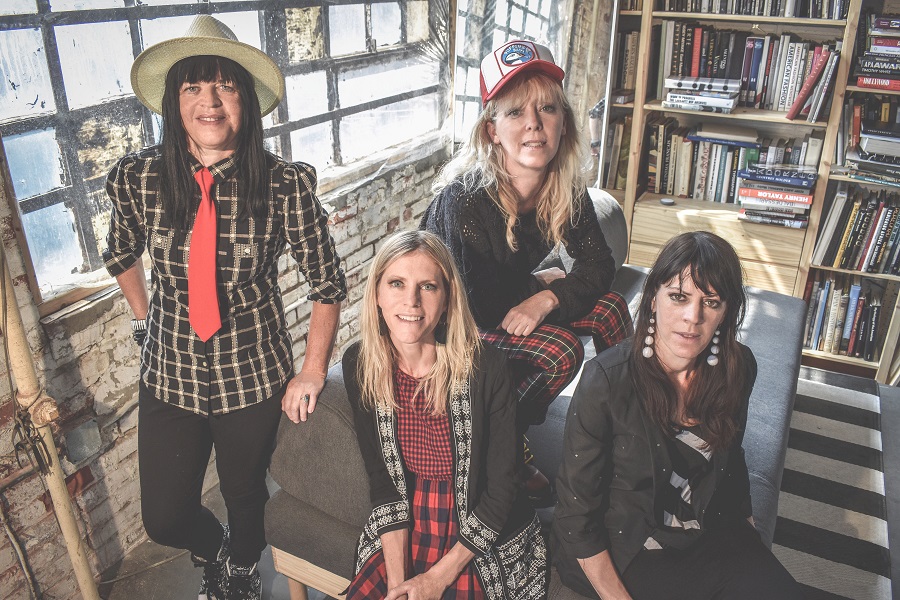 Genre breaking Donegal band Screaming Orphans release their summer single ‘Shine’ on 9th August, taken from their latest album ‘Life in a Carnival’, which was released back in March and is the fourteenth album from the band.  ‘Life in a Carnival’ reached No. 24 in the iTunes Pop Music charts (U.S.), No. 7 in the Billboard World Albums charts, No. 1 in the iTunes Singer/Songwriter charts (IE), and No. 3 in the overall iTunes music charts (IE).

‘Shine’ is a heartfelt ballad of self-empowerment, about trying to live in the light even when you’re feeling low. It features a poignant piano melody, with the group’s trademark intricate harmonies taking the spotlight. The theme of the song is beautifully illustrated by the video, directed by filmmaker Vasco Mendes and starring Svenja Tiger, a textile artist and performer based in Porto. For ‘Shine’ Svenja has created a hypnotic routine using a neon hula-hoop which she performs in day and night-time, using a beachscape as her backdrop. The video for ‘Shine’ has been shortlisted in the 10th Underground Cinema Short Film Awards and it’s screening will take place in Dun Laoghaire on August 15th.

Screaming Orphans are the four Diver sisters – Joan, Angela, Gráinne and Marie Thérèse – hailing from Bundoran in Donegal. From an early age the Divers performed with their mother Kathleen Fitzgerald, a well-known céilí singer, playing shows in Ireland, England and Germany. When the band hit their teenage years, they formed Screaming Orphans. In 1997 they received their big break when Sinead O’Connor asked them to open for her on her Gospel Oak tour, which lead to gigs in Europe, America and Canada and appearances on the David Letterman show amongst numerous others. Since then they have topped the iTunes World Music Charts, recorded with The Chieftains and Peter Gabriel, and toured globally.

Through extensive touring and genuine fan engagement, Screaming Orphans has built up a devoted fanbase in Ireland and America, both of which are home for the four sisters. They tour regularly throughout North America and Europe and even sometimes bring their fans on tour! Called the Cultural Fan Tour, the latest one happened in April 2019. Screaming Orphans toured with a select group of fans, took them sightseeing and introduced them to other musicians, all the while gigging in venues around Ireland.

Screaming Orphans are busy throughout the autumn and winter playing all over the USA, including gigs at the Iowa Irish Festival, Worldfest in Kentucky, Ohio Celtic Festival, Appaloosa Festival Virginia and Florida Keys Celtic Festival. Their next gig in Ireland is at Temple Bar Tradfest in Dublin on 22nd January 2020, sure to be sold-out soon when their avid Irish fans hear about it!