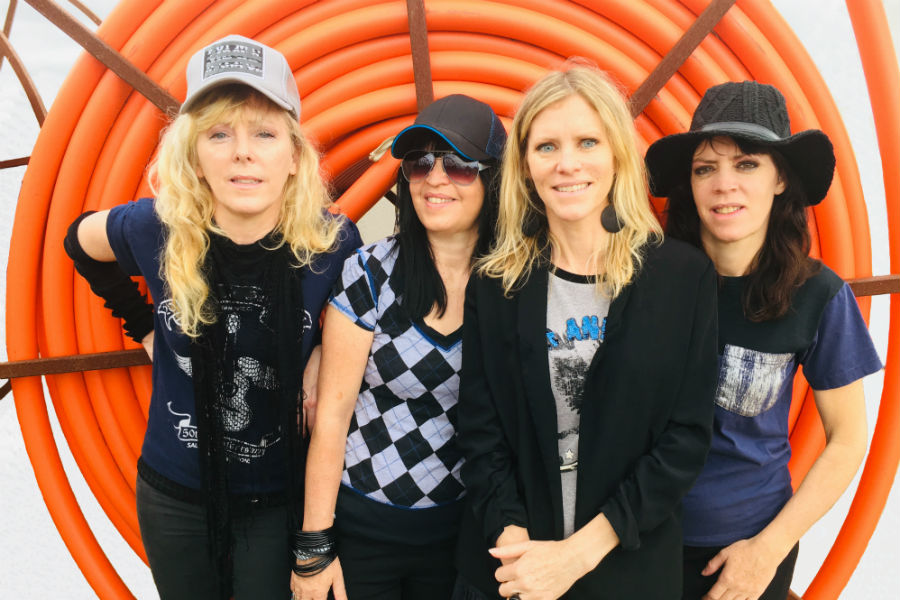 Screaming Orphans latest single ‘Carnival’ is from their chart-topping album ‘Life In A Carnival’ and is due for release on 8 November. This energetic and inventive power pop song uses the carnival as a metaphor for life in general. This latest single shows another side to the wealth of musical styles that this band produces. Screaming Orphans are a band that defies an easy pigeonhole and the instantly catchy opening banjo riff on Carnival hits you from the start.

The band have been touring the U.S and Canada for the past few months playing to large audiences in many states. The band were recently invited to perform the Canadian national anthem at a private event in Kincardine, Ontario. Special guest at this event was Lord Bruce, the great great grandson of the Governer General of Canada.

To promote the new single ‘Carnival’, Screaming Orphans are embarking on a series of Irish shows. This tour sees the Donegal band teaming up with Padraig Stevens and Leo Moran of the Saw Doctors fame for a few shows in Waterford, Cork and Dundalk this November and December. The idea came about after both Screaming Orphans and Padraig and Leo met and played together at the Ohio Celtic Festival in the U.S. this September.

Screaming Orphans, an all-sister band from Donegal, are known worldwide for their award-winning sound, combining their original pop songs with a unique take on traditional Irish music. The band received their break when Sinead O’Connor asked them to join her on her Gospel Oak tour in Europe and North America. Since then they have released 14 albums, topped the iTunes World Music and Billboard Charts, recorded with The Chieftains and Peter Gabriel, and have toured globally.

Padraig Stevens has been involved in music-making all his life both as a performer and a songwriter. His songs have been recorded and performed by Christy Moore, Matt Keane, Eleanor Shanley, The Cabin Collective, Strange Boats, Ann Kirrane, Mike Denver and Michael English but most notably by The Saw Doctors with whom he has been associated since their inception in Tuam. Padraig co-wrote The Saw Doctors hit ‘I Useta Lover’ which became one of the all-time best-selling singles in Ireland. Padraig recorded and performed with The Waterboys, Dé Danann, The Stunning, Blaze X, The Problems. In early 2017 Padraig began performing live with Leo Moran and since has found a new outlet for his songs and storytelling.

Leo Moran is The Saw Doctors co-founder and lead guitarist and has toured extensively through Europe and the United States. Leo co-wrote The Saw Doctors 1990 hit ‘I Useta Lover’. He has also performed and toured with the Waterboys’ Anthony Thistlethwaite.

Catch Screaming Orphans, Padraig Stevens and Leo Moran at these venues in Ireland: