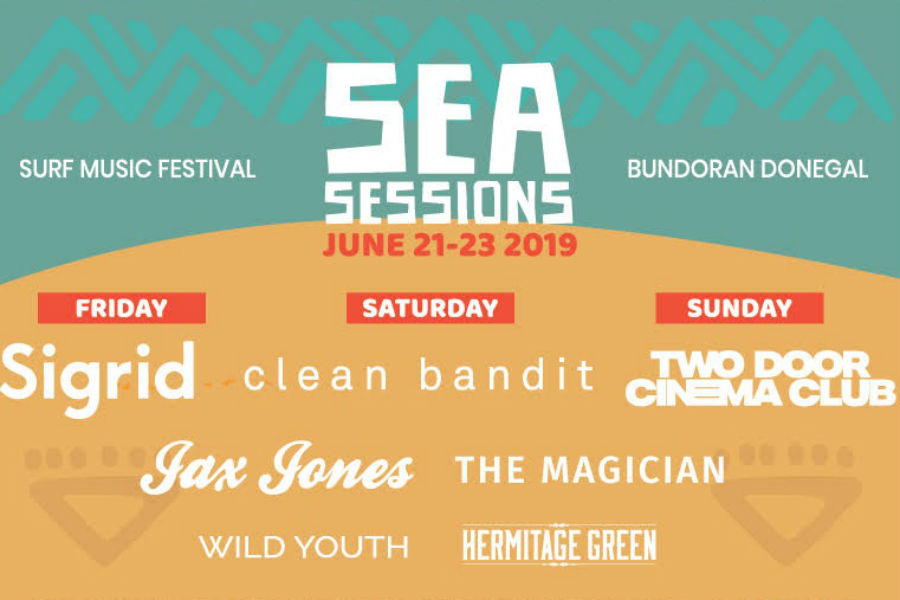 Early Bird tickets have been snapped up by Sea Sessions Surf & Music Festival fans and are now sold out. Day and weekend tickets are on sale now from Ticketmaster outlets nationwide ad www.ticketmaster.ie. Tickets priced from €119.90 for 3 days and €149.90 to include 4 nights camping. There are limited single day tickets available from €54.90 + VIP Upgrades for €50. Check out  www.seasessions.com for more details.

Sea Sessions Surf & Music Festival, which returns to the unique festival setting of Donegal’s Bundoran, has sold out weeks in advance over the last four years with this year promising to be no different. Sea Sessions Surf & Music Festival has gone from strength to strength and has firmly established itself as one of the most important dates on the Irish Festival circuit, winning IMRO Festival of the year at the 2017 IMRO awards along with picking up the gong for Festival of the year at the “Excellence in Local Government Awards”.

Festival director Ray O’Donoghue says:“We’re delighted with this year’s lineup and with our new additions. We think it is by far our strongest lineup yet! There’s something for everyone there, from Sigrid to The Sugarhill Gang, Two Door Cinema Club to Jax Jones  and everything else in between. We’ve sold out the last 4 years so we expect this year to be no different. We’ve even got a surprise or two still left up our sleeves. We literally can’t wait until the summer”

Supported by and working with Donegal County Council and Failte Ireland the event has become an important kick start to the tourist season for the capital of Irish surfing, Bundoran. The festival started in 2008 as an after party for a Surfing Competition and now it holds the top Surfing Competition in the country as well as hosting the world’s top skateboarders, BMX’ers and loads of beach sports.