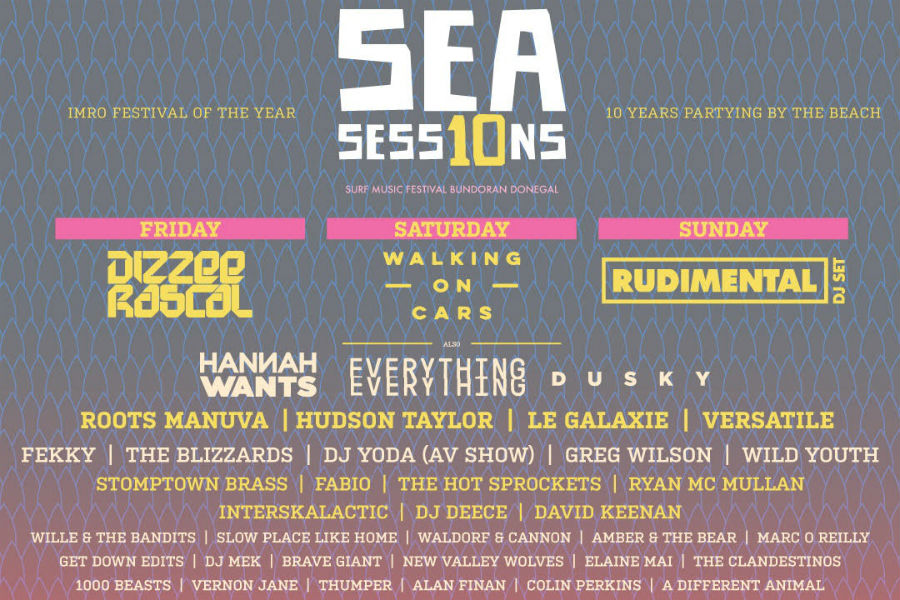 Sea Sessions, have announced Rudimental as their third and final headliner along with a host of new acts. Festival organisers have also announced the day breakdown for their headliners with Dizzee Rascal headlining Friday 22 June, Walking On Cars on Saturday 23 June and Rudimental on Sunday 24 June 2018.

Sea Sessions, who return to the unique festival setting of Donegal’s Bundoran, has sold out weeks in advance over the last three years and this year promises to be bigger and better than any year yet as festival organisers celebrate 10 years partying by the beach in 2018.

Winner of IMRO Festival of the year at the 2017 IMRO Venue Awards alongside picking up the gong for Festival of the Year at the “Excellence in local Government Awards”, Sea Sessions has gone from strength to strength and has firmly established itself as one of the most important dates on the Irish Festival circuit.

Festival director Ray O’Donoghue says “We like to think we always have a quality lineup but we really feel this year has a lot of strength in depth. From massive international names like Rudimental and Dizzee Rascal to really great Irish acts like Hudson Taylor and Ryan McMullan we think there’s something in it for everyone. The site capacity has been upped, the festival site has been extended, there’ll be usual Surf and Sports plus some great surprises like our brand new “Astoria Stage” named after the now demolished Astoria Ballroom”.

Over the years such luminaries as  Tinie Tempah, Paul Wellar, Bastille, Seasick Steve and loads more have graced their unique stages. The Festival started way back in 2008 as an after party for a Surfing Competition. Now it holds the top Surfing Competition in the country as well as hosting the worlds top skateboarders, BMX’ers and loads of beach sports. Supported by and working with Donegal County Council and Failte Ireland the event has become an important kick start to the tourist season for the capital of Irish surfing in Bundoran. 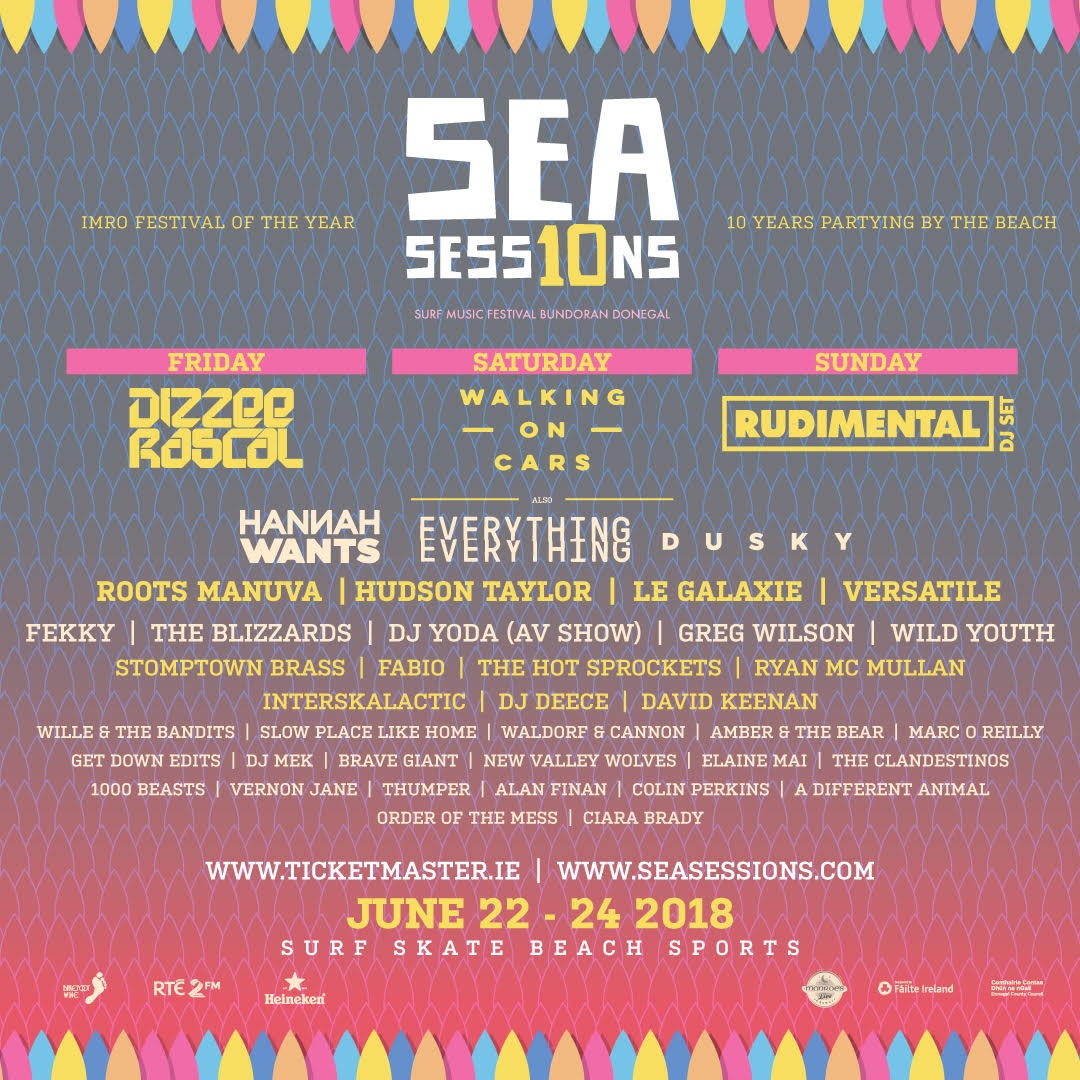