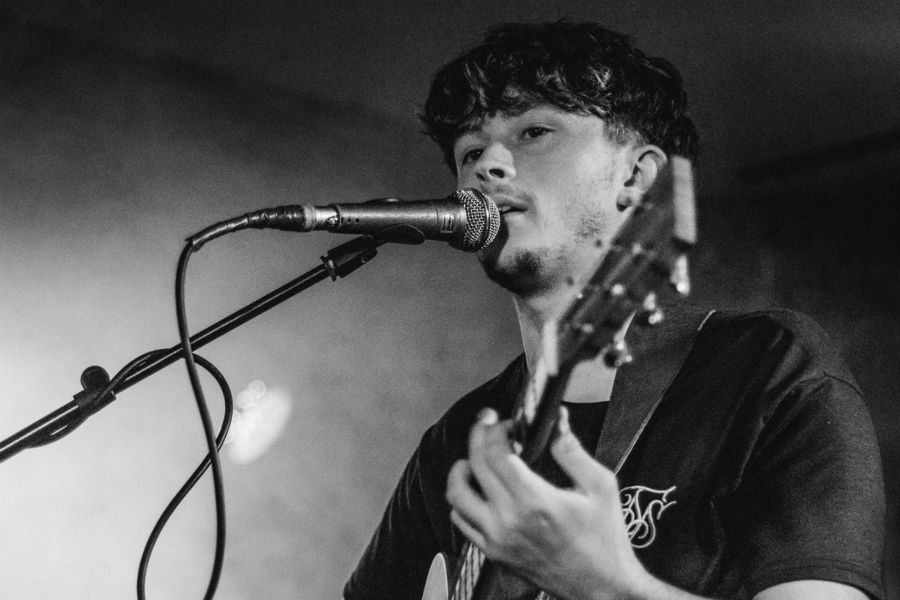 Sean Fox has being gigging around the country as a solo performer and with his band Small Town Crisis for over four years.

Although he is just 18 and sitting his Leaving Cert in June he has already performed at the Rose of Tralee, and sang in front of President Mary McAleese.

An extremely talented guitarist and vocalist, Sean has a passion for songwriting . At 13 years of age he was successful in an application to Music Generation to have one of his songs ‘Burning In Fire’ recorded on the John Lennon Bus.

Sean has amassed a large repertoire of songs some of which don’t suit the style of the band . He is now in the process of recording his first solo album.

Described by Roddie Cleere from KCLR FM as, “as good an introduction to a musician I have ever heard.”

“Sean Fox’s new single ‘Obscene’ is a brilliant combination of indie Folk Rock transcendence and heavy dance floor anthem. The 18 year old multi-instrumentalist delivers a raw vocal performance, weaving between grit and falsetto, and a catchy chorus over-top high intensity dance-able drums. ‘Obscene’ expands and unfolds into a beautiful guitar solo mid-song adding to the amalgamation of genres already present in the production. Sean Fox’s talent is well beyond his years ‘Obscene’s’ emotional depth comes across with authenticity superseding age, a track encompassing everything needed for a true connection: dance heavy, catchy, inventive, emotional truth and memorability. As the second single from his upcoming solo album Sean Fox has got listeners eager to hear what else he is capable of“.  -Myriadmuzik.com

‘Obscene’ will be available on all digital platforms from June 21st.