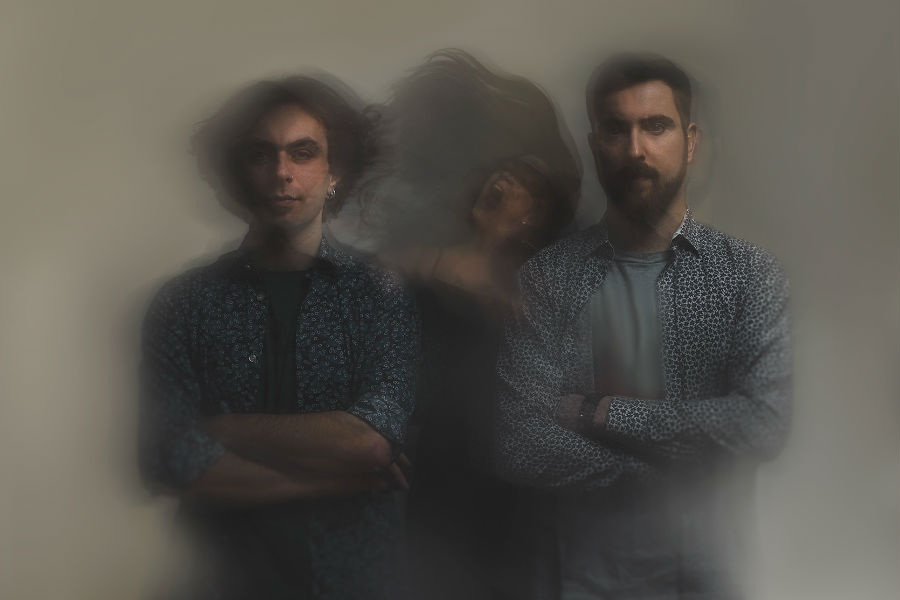 ‘Run’ is a story about getting hung up on someone whose words and actions do not match. Dedicated to people struggling in co-dependent relationships.

Honourable people with integrity mean what they say. Untrustworthy people with no integrity will constantly make promises but never follow through on them. An apology without changed behaviour is just manipulation. We can choose to ignore the red flags because we want to see good in people, but that will cost us later.

This emotionally charged song is a showcase of WOB! genre-mashing skills as a producer. From funk bass line and guitar licks, via Mediterranean acoustics layered over industrial beats, to electro-pop delivery – all glued together by Eoin Martin’s powerful grungy vocals.

Visual artist Hazel Coonagh has created a dreamy cover that introduces us to Odysseus & the Siren, the protagonists of the main artwork for Greek mythology inspired EP ‘Odysseus’, due for release in April.

Run will be available on all major digital platforms from Friday, 13th of March 2020.

WOB! is a Serbian/Irish multi-instrumentalist and electronic music producer with a preference and precocious talent for crafting elegant and fluid compositions encompassing parts electronica, electro-pop, drum & bass and house, mashed eloquently with melodies and harmonic vocals reminiscent of his Mediterranean experience.

WOB! is adept to finding and collaborating with up and coming artists, having majority of his releases feature talented singers from various genres.

WOB! performs his experimental electronic production either as a solo act playing multiple instruments or as a drummer with a full band, joined on stage by Ciaran Cavanagh on bass, Joshua Murtagh on keyboards and some of the featured singers.