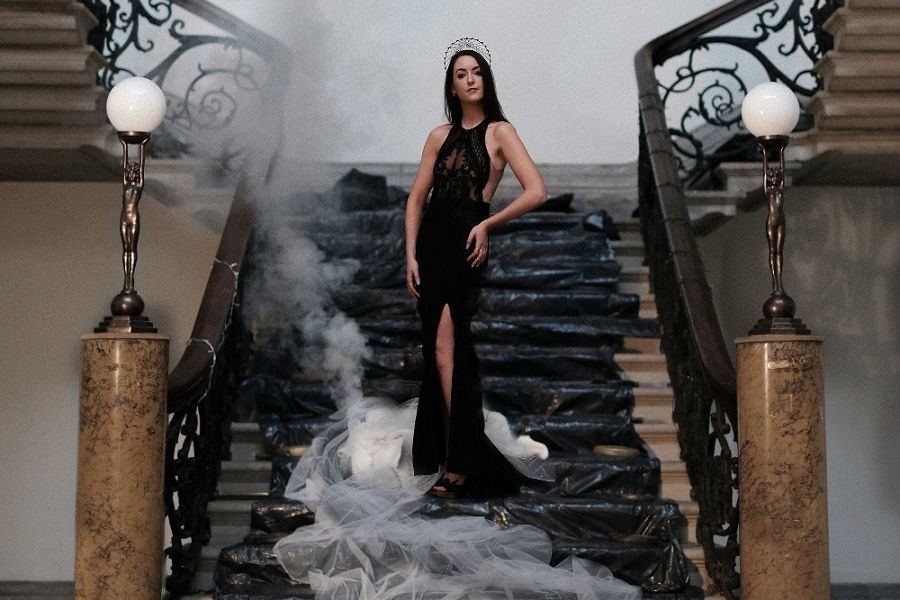 ‘Pandora’ is the new single from sfiiinx, the Irish vocalist, composer and producer Síobhra Quinlan, and the first video for one of her compositions.

Síobhra specialises in repertoire from baroque to contemporary. Converging her skills, Síobhra founded a chamber music ensemble called sfiiinx with whom she performs her work. Recent sfiiinx performances include Thursday Lates at The National Gallery of Ireland, and The Irish Arts & Writer’s Festival at The Carriage House Theatre, Los Gatos, California.

The video for Pandora is directed by Patrick Ryan of Lagoon Pictures.

A journey in the footsteps of Orpheus, they will delve into the underworld to retrieve the sounds that lie below. Chamber pop ensemble sfiiinx will join Glasshouse for the night, with new music by Síobhra Quinlan. This is an exciting collaboration between two emerging ensembles on the Irish scene.