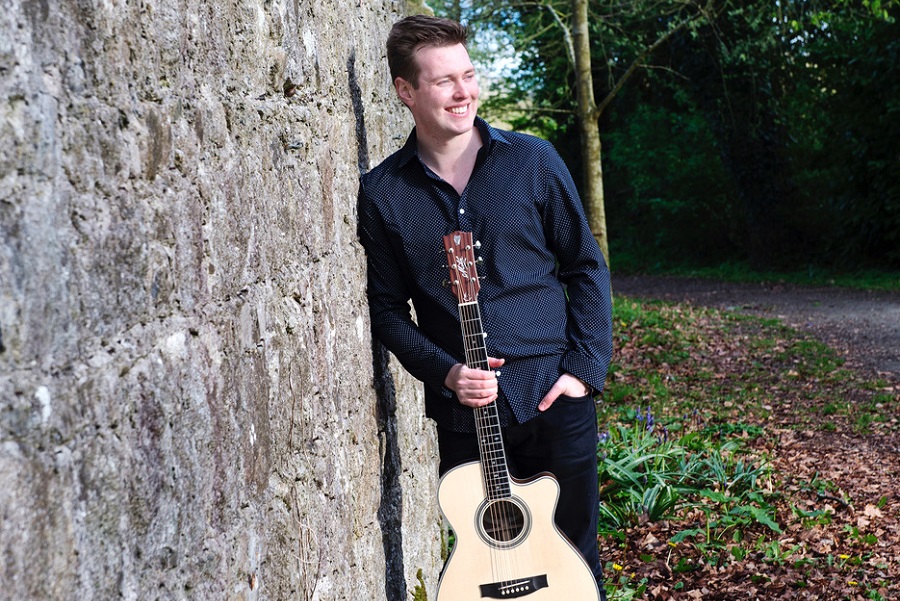 ‘Marrakech’ is the sophomore release of Irish virtuoso guitarist and composer Shane Hennessy. Among the wide variety of styles featured on the album, listeners can look forward to a mix of energetic tunes like the Nile Rodgers-inspired ‘Dance Tonight’ and the Chet Atkins-esque ‘Effervescent’. The concluding track ‘I’m Off Today’ shows off Hennessy’s efforts of capturing the modern Snarky Puppy-fusion sound in his style, and elements of global ethnic music traditions are heavily peppered throughout tracks such as ‘Marrakech’ (Arabian), ‘Quentão’ (Brazilian), ‘Cortadito’ (Cuban), and ‘Higher Love’ (reggae). More reflective and introspective tracks on the album include the melodic Knopfler-esque ballad ‘Sailing To Shore’, the gentle meditative ‘Koramantra’ and the Irish-infused ‘Through The Woods’. A feature in common to almost every track on the album, apart from Koramantra and Effervescent, is that they were written and arranged as songs prior to being arranged for solo guitar, hence the strong melodic and harmonic presence in the tunes.

Shane Hennessy is a guitarist and composer from Ireland, whose unique guitar playing style has amazed audiences all over the world. His guitar playing style and compositions have caught the attention of big names like guitar legend Tommy Emmanuel, who invited Hennessy to join him in July 2016 in the National Concert Hall, and super-producer Nile Rodgers (CHIC) who invited Shane to meet him privately in Dublin during CHIC’s European Tour in 2014 after discovering his music on Twitter. He also works as a songwriter, and is an in-demand session musician.​

At the young age of twenty-three, Shane has already been a featured performer in some of Ireland’s biggest music and arts festivals, including The Guitar Festival of Ireland (Headline Act, 2016), Electric Picnic (2012, 2013, and 2014), and Longitude (2014).

Having started out at age four as a concertina player, solely playing Irish traditional music, Shane discovered the guitar at age thirteen. Inspired to play by hearing the music of James Taylor, he developed an interest in solo acoustic guitar after being pointed in the direction of Tommy Emmanuel, and rapidly became an avid fan and player of the solo acoustic guitar style.

The core musical concept of his newest work ‘Marrakech’ revolves around ‘visual music‘ – music that transports its listener to a specific time or place. This album retains the melodic nature of Zephyrus (his 2015 début) while building on more complex harmonic structures and forms, as well as incorporating world and ethnic influences, cleverly playing against the natural strengths of the acoustic guitar at times. ‘Marrakech’ will be launched at the National Concert Hall on Thursday July 20th 2017, where Shane will perform the new album in its entirety, as well a selection of tunes from his 2015 release Zephyrus. Tickets are on sale now at http://nch.ie/Online/Shane-Hennessy-20Jul17