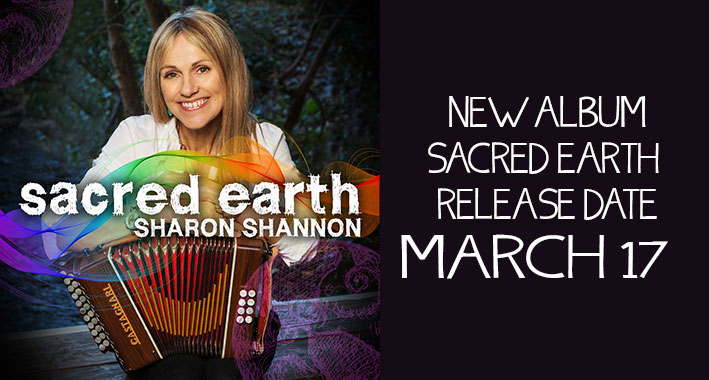 “Let’s Go” is the first release from Sharon Shannon’s brand new studio album “Sacred Earth”. The track features vocals from Cara Robinson and is sure to get everyone tapping along to the wonder sounds of her playing. This new album will be released on Friday 3rd March 2017 and is Sharon’s 10th studio album.

Sharon Shannon is a musician who likes to surprise. While she is known for her arrangements of traditional Irish tunes and Irish-influenced compositions, she has always been eager to explore new styles, and to meet and work with other musicians. There are Irish influences here, of course, but these are cheerfully mixed in with often unexpected styles from around the world, including – for the first time – Africa. More than one person has mentioned this album being akin to Paul Simon’s “Graceland”, exciting times!

Did you know Sharon married Brendan Grace recently? Well it is “Fake News” but they did stage a mock wedding recently all in aid of one of her much-loved causes, the charity Madra. Apparently, there was a lot of fun and we can only imagine the music session that followed the ceremony!

“Let’s Go” is at radio now, Sharon will be touring extensively worldwide in 2017 to support Sacred Earth, Irish tour dates to be announced shortly. 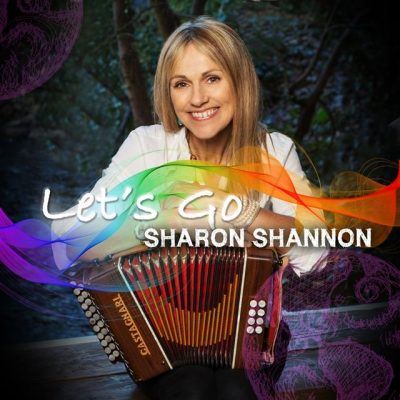