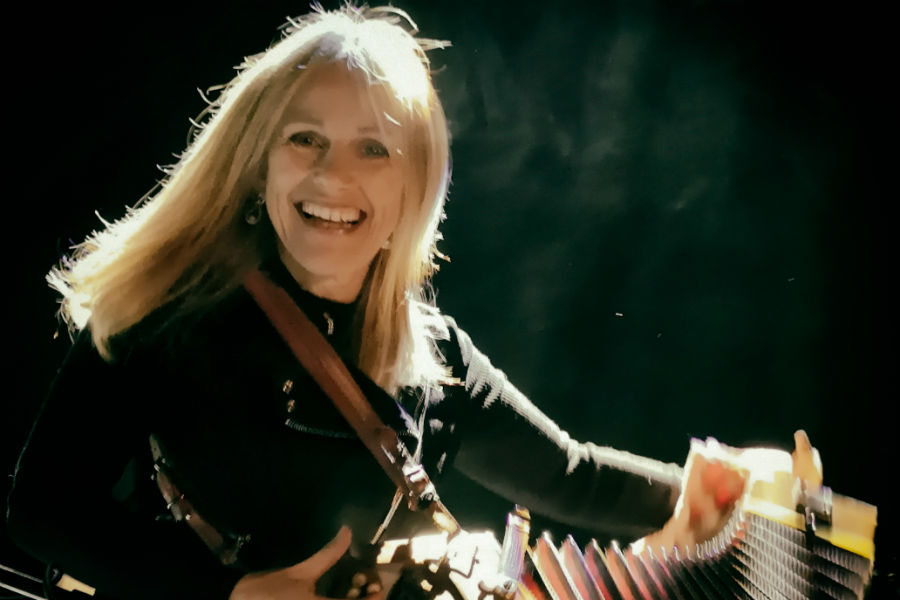 Sharon Shannon’s new albums will celebrate 30 years and will feature 30 previously unreleased tracks. They will be released in two distinct parts starting with ‘The Winkles Tapes (1989)’ releasing November 8th 2019. Sixteen tracks from ‘The Winkles Tapes (1989)’ will form the first part of this release with a further 14 exclusive, tri-weekly tracks to follow that showcase the wide and diverse scope of Sharon’s incredible 30-year musical journey. All the tracks will then be compiled and on her 30th Anniversary album for release November 2020.

The Story Behind the Winkles Tapes

In June later that same year, Sharon became a member of The Waterboys; toured and recorded with them for 18 months before returning to her debut album. By this time, Sharon had become very influenced by the variety of musical styles played by The Waterboys: the instrumentation in particular. Sharon had discovered drumkits, Hammond organ, brass and electric guitar, so when she returned to her debut album, the approach to recording was very different to ‘The Winkles Tapes’.

And so these sessions went into storage for 30 years. In the intervening 30 years, Sharon has recorded and released 10 studio albums, 4 live albums, 4 Compilations and 4 Concert DVDs and has hit singles with Mundy, Imelda May, Dessie O’Halloran and Damien Dempsey. Sharon’s musical journey has taken her all over the world touring; sharing stages and collaborating with Shane MacGowan, John Prine, Willy Nelson, Johnny Depp, Jackson Browne, Christy Moore, Finbar Furey and Nigel Kennedy to name a few.

Sharon was prompted to return to the Winkles Recordings in early 2019 by Waterboy Mike Scott, who worked tirelessly compiling and editing the work into The Winkles Tapes. Recorded live over 3 days direct onto tape, ‘The Winkles Tapes (1989)’ capture all the unpolished energy, spontaneity and authenticity of an Irish music session.

‘The Winkles Tapes’ is released on November 8th.