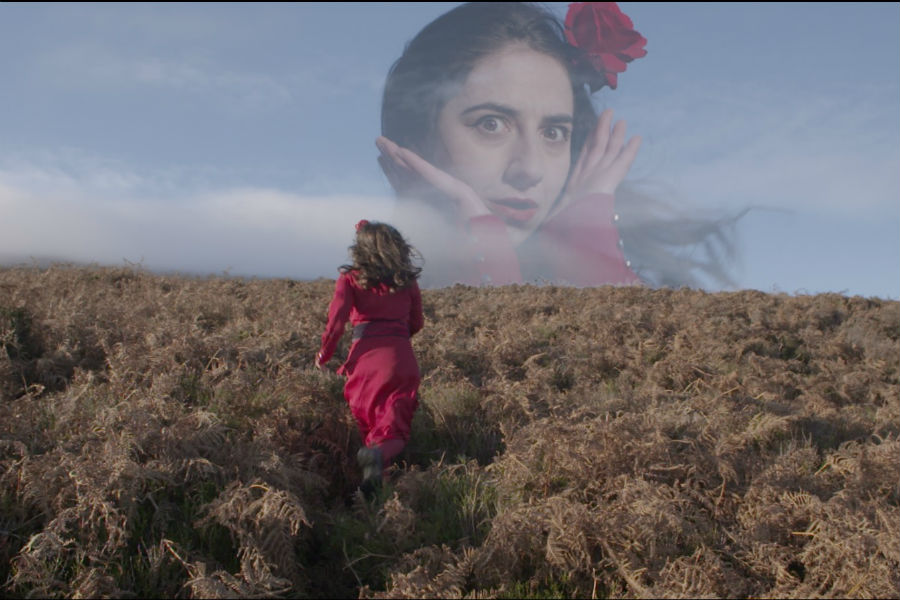 ‘Kate Bush’ is the new music video from DJ and producer ‘Sharpson’. It stars Irish comedian Hannah Mamalis of the comedy troupe Dream Gun,  and was directed by Niall Cutler, known for his work on the comedy sketch group Chaps Eye and Glick Bate and also was the main star of Sharpson’s last video ‘Why Don’t You Come On Out?’.

The music video is a love letter to Kate Bush’s trippy music videos throughout her career. Cutler takes up the ‘tripiness’ to the next level with the edit, and Mamalis’s hilarious performance definitely leaves an impression.