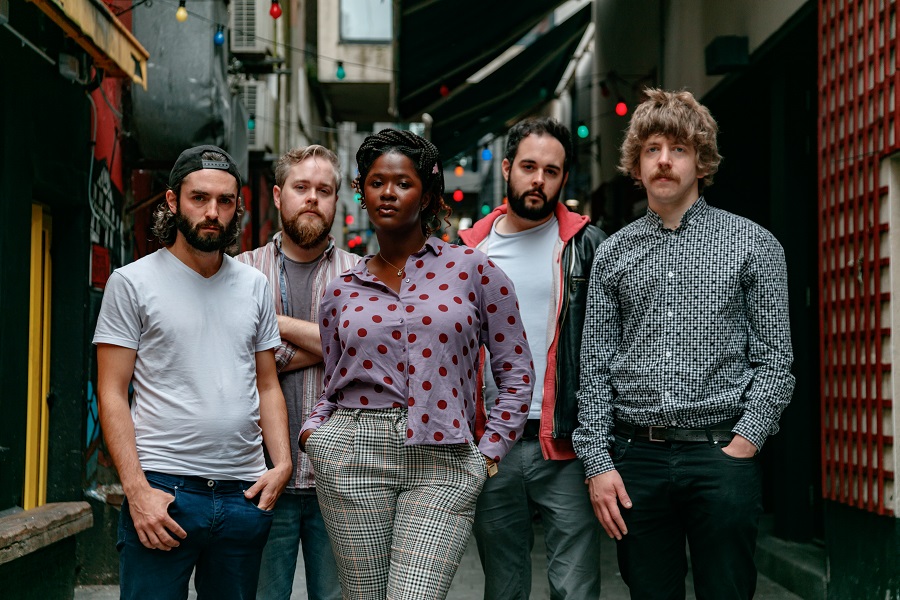 ‘Notions’ is the breakout single from Shookrah’s self titled debut album, which is set for release October 25th.

The Cork/Dublin based quintet stormed the Irish urban music scene six years ago, calling us to attention with power anthems such as ‘W.O.M.A.N’ (Implicit Content EP) and Gerascophobia (Clichés EP). Their fresh take on contemporary R&B has been regarded by the likes of Wonderland Magazine, Afropunk and MusicWeek, heralding them as Ireland’s “soul-delirium” answer to The Internet. Radio have been supportive with airplay on RTÉ 2FM, RedFM, Cork’s 96FM, RTÉ Radio1, 98FM, RTÉ 2XM and Radio Na Life!

If ‘Don’t Wanna Doubt You’ (debut single from album) served as an optimistic and bubbling “love instruction set to music”, then ‘Notions’ recapitulates this frayed but familiar romance with Sunset Boulevard-esque synth hooks and cha-cha-cha peppered percussion.

Following a busy and successful 2017 and 2018 (Billy Ocean and Theo Katzman support for their respective Irish tours, The Irish Time’s ‘Best Irish Act 2017, and ‘50 People To Watch in 2018’ amongst a slew of festival headlines), the gang knuckled down to write and record their debut album in Heavy Meitheal Studios with Brendan Fennessy (O Emperor).

Expect themes of romance, fractured relationships, feminism and other intersectional issues from Senita’s lyrics, while the band exhibit a well considered balance of discipline and dexterity to their arrangements.

Shookrah the album is set for release October 25th, with Irish & European tour dates to follow soon after.

“‘Notions’ is an ode to and lament of the energy and time we’ve all wasted at one point or another staying in dysfunctional relationships. It’s a recognition of faults committed to the other and yourself in seeking out traits other than those presented to you, which disqualifies the question of who was right or wrong and bares the reality of how hollow we become when we want something so bad that a tarnished version of it will do. The notion of a person is all we have until we get to know them, and too often the notion of change and/or submission takes over and wares on our patience until there’s nothing left to love. I wanted to capture the unwillingness to let go of that someone, not because you’re desperately in love, but because you’re desperately unsure of who you are and what you want.”