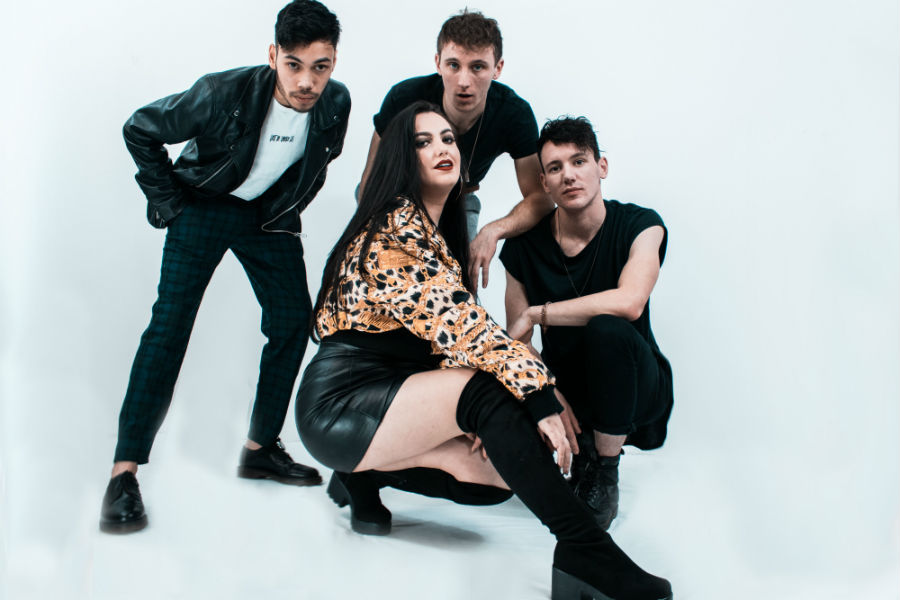 Sick Love deliver a high-energy, no holds barred rock show all wrapped up in the most anthemic songs. Described by Hot Press magazine as. “defiantly pushing against the grain of indie and folk bands in Ireland ,” they broke through with sold out shows as well as festival slots at Electric Picnic and Indiependence. The band were quickly marked by many as ones to watch, with the Irish Times preaching they are, “set to join the Super League of Irish rock bands.”

Sick Love are no stranger to the gritty, do-it yourself Irish music scene. Having risen from the ashes of former band Sub Motion that relentlessly worked through changing line-ups and sounds that crafted a name for themselves following a number of successful self-released tracks and a series of support slots (Crazy Town, The Strypes, Fangclub, Otherkin).

The band released debut single ‘Are You Ready’ in 2018. The track was recorded live in Herbert Place Studios, Dublin with James Darkin at helm ( Kanye, Will.i.am, Rihanna, Hozier ). Following up with releases like ‘Gun In Your Pocket’ and ‘I Want You All Of The Time’, the band have received significant UK and Irish radio support. Sick Love have been placed on 6 major Spotify editorial playlists including New Music Friday UK, Hot New Bands, The Rock List and the hugely sought after ‘Walk Like A BadAss’ accumulating over 650K streams to date.

The band have been touring extensively around the UK and Ireland, including a full capacity MCD headline show in the Sound House, the Dr Martens Boot Room in Camden, Camden Rocks Festival, main stage at the Great Estate Festival, supporting Dashboard Confessional at The Academy, all in the short time since Sick Love has emerged.