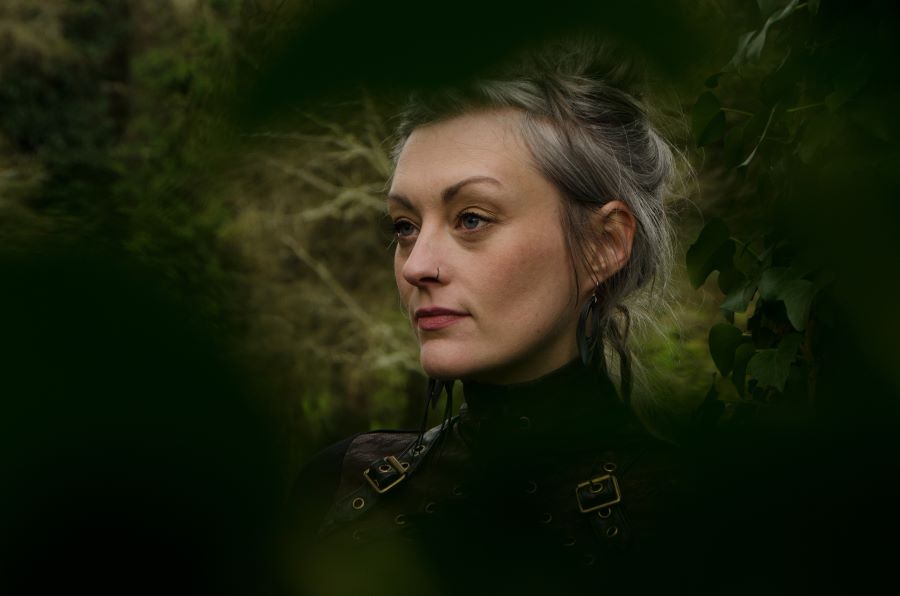 ‘Battles’ is the beautiful new single from musical cooperative Side 4 Collective combining the vision of acclaimed artist/producer Joe Chester with the poignant lyrics and powerful vocals of songwriter Sarah McQuillan for an experiment in sound which has produced a luscious and highly emotive ballad with echoes of Radiohead.

Acclaimed artist Joe Chester’s 6th album ‘Jupiter’s Wife’ is set for release on May 1st. The experienced musician and producer has worked with the likes of The Waterboys, Gemma Hayes, Mundy, Ryan Sheridan and more recently on A Lazarus Soul’s critically acclaimed debut album ‘The D They Put Between The R & L’.

“I’ve been a fan of Dave Hingerty’s drumming ever since we played together in Nina Hynes’ band and also with Doctor Millar way back in the mists of the 1990s. He’s got such a unique sound. Unfortunately, we haven’t had the opportunity to play together in the 21st century so I was really happy when he approached me about the Side 4 Collective, such a 21st century concept.

It’s certainly not my usual way of collaborating (I’m a great believer in the power of the passive-aggressive silent treatment in the rehearsal room) but it seems a very apt project for the times in which we are living and during which we are all discovering new ways of working and living.

A massive tip of the hat must go to Sarah, whom I’ve never met, for turning in such a powerful vocal performance. The track contains a recording of the sea from near where I live and which I miss very much right now.”

Singer-songwriter and multi-instrumentalist Sarah McQuillan cut her musical teeth in experimental/prog rock band ‘Howl’ and has extensive live/session experience (The Hot Sprockets, Ross Breen, Tucan), as well as performing under the monikers Sarah Red and Haokah.

“By the time the bones of the song that would become Battles reached me, it was a track with Dave’s hypnotic drumbeat and Joe’s beautiful piano piece and on first listen it inspired a melody in me. It was as if it was a call and I was to answer, and so I did!

I am so glad that I answered the call to be part of this Side 4 collaborative project, which gave me the opportunity to create music with amazing musicians whom I would not have had the chance to collaborate with otherwise.”

Creating ‘Battles’ took Sarah on a personal journey striving to reignite bonds that had been shaken by her own battles:

“This song was borne out of my own inner battles and as a plea to heal a connection weakened by them, but it’s meaning has evolved to reflect the damage I see in others and in the world around me. In this way it is a personal battle that is also a universal one. I hope that others can connect with that.”

Side 4 Collective is a creative musical project spearheaded by internationally renowned Irish drummer Dave Hingerty (The Frames/Josh Ritter/Kila), that brings an eclectic array of Irish and international artists together, combining their talents in an unusual way.

Hingerty’s pre-written drum patterns form the foundations around which each artist is invited to sculpt a song upon. Side 4 Collective’s debut album ‘We Burn Bright’ due for release on May 29th features collaborations with artists such as Josh Ritter on ‘Desperate Days’ while Bell X1’s Paul Noonan joins forces with Katy Perry’s musical director Adam Marcello on ‘The Flood’.

“There is a lack of freedom in mainstream music today, a lack of experimentation,” says Dave Hingerty. “I am aware that my peers feel a pressure to be commercial and I wanted to encourage them away from this. I wanted to provide a rough canvas for them to go wild upon. I recorded lots of rhythms that had a rough edge to them before sending them out to my respected peers. I have often been given a song in sessions with just the drums to be added, so I wanted to reverse this, start with a drum pattern, but keep it interactive all the way to the end mix.”