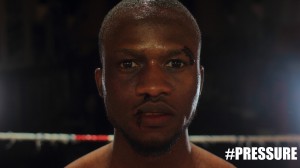 Dublin-bred Simi Crowns began writing, rapping and producing as a teen – influenced by an eclectic range of artists like King Sunny Ade, Fela Kuti, Nas, Gorillaz, Marvin Gaye and Bjork. Tipped as a Face of 2014 by State Magazine and invited to be an ambassador for Kevin Godley’s music app WholeWorldBand, Simi is an exciting new voice on the hip-hop scene.

Assembling a live band alongside DJ D.O.G., bassist Michael Akano and drummer Princess Siwela, he creates a sound that draws on a world of influences. Simi’s dynamic live performances have seen him deliver show stealing supports to the likes of Pusha T and Tinchy Stryder as well as winning plaudits for his appearances at this year’s Electric Picnic.

Debut single ‘Pressure’ has already received substantial radio support from the likes of Dan Hegarty, BBC Across The Line, The Mix Up on Today FM, 98FM, Spin 103.8 Southwest, 8Radio and TXFM. A commercial track with an underground bite, ‘Pressure’ comes with a stunning video from director Bob Gallagher (Swords, Myles Manley, Elaine Mai). Shot at the Beau Jack Boxing Club in Dublin, the visuals perfectly mirror the song’s message of the personal and internal pressures that someone hard headed and determined puts on themselves to succeed.

“I think it’s wrong when people are indifferent to what you do, for me, I will not rest until the listeners love or hate what I do, there’s no room for them to choose not to express some sort of emotion in regards to my music.” – Simi Crowns