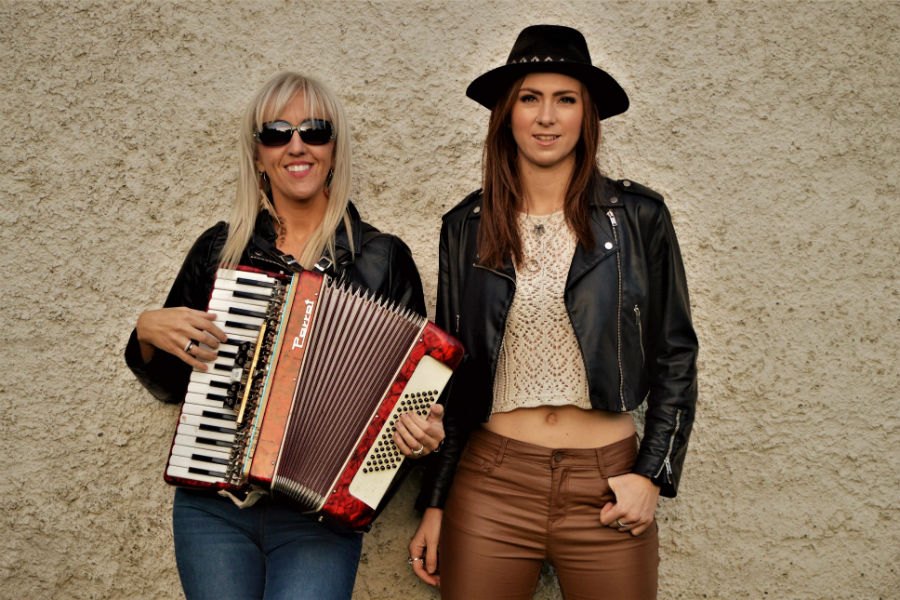 The latest single from Sina Theil and Sabrina Fallon ‘Good To Be Back Home’ is now available for purchase on all major download services such as iTunes, Amazon, Google Play, etc (not on Spotify).

The much anticipated duet released on Downda Road Productions charted at #1 in the Irish Country Download Charts and has been getting airplay on radio stations all over the country ever since.

“We were so excited to release the track and even more excited to see that it’s being so well received! Thanks to everyone who purchased the song and all the DJ’s who are playing it on their shows! And a big ‘thank you’ of course also to my manager Mike Gleeson and sponsors ISS Recruitment & HR Services and Black Sheep Guitars Thailand” Sina Theil

“I loved the track from the moment I first heard it. It’s so catchy and just makes you want to get up and dance. Thanks to everyone for their support!” Sabrina Fallon

‘Good To Be Back Home’ was written by Davie Furey, recorded and produced by Brian O’Mahoney at the Golden Egg Studios and mastered by Richard from WAV Mastering.

It also features Billy Condon on fiddle, Ronnie Kennedy on accordion and Aine Fingleton on the whistle.

The official video, which was shot between Thailand and Co. Galway is now on Youtube.

This is Sina’s twelfth #1 single in the Charts, further to her debut album ‘Under Cover’ which also charted at #1. She is currently preparing the release of an Irish and Celtic Folk Album which is expected early next year and will feature her already released track ‘The Dutchman’. Sabrina on the other hand, is currently very successful with her version of the all-time favourite ‘Waxies Dargle’.

There is no doubt that there’s lots in stall for this power duo: with Sina winning “Hottest Act in Irish Country Music” this past April and Sabrina being awarded “Best Duet of the Year” for her collaboration with Midlands 103 radio extraordinaire Joe Cooney early November. Both performers will be making an appearance at next years’ Hot Country TV Awards on the 27th of April 2020 at the Slieve Russell Hotel, Co. Cavan. Tickets at: https://www.ticketmaster.ie/hot-country-tv-10th-awards-concert-co-cavan-27-04-2020/event/1800571D920D16EC