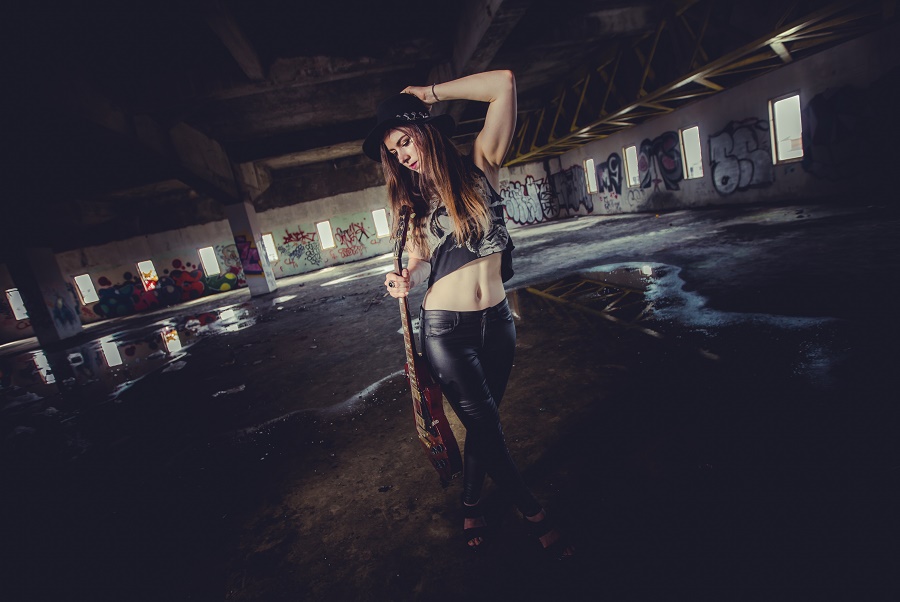 ‘Rock & Roll To My Country Soul’ and b-side ‘Johnny B. Goode’ are the new singles from rising Country Rock artist Sina Theil and charted at #1 and #2 in the Irish Country Download Charts. The tracks were released on the 28th of February and are available on all major download services including iTunes, Amazon, Google Play, CDBaby, etc.

Furthermore, ‘Rock & Roll To My Country Soul’ was voted “Song of the Week” on Kildare’s Kfm Radio. The song was given to Sina by Nashville native and rising American Country Star Jenny Tolman, whose songs have been praised by many – including the Rolling Stone Magazine. The duelling guitar and fiddle riffs make the song a perfect marriage between Country and Rock & Roll and has an instant toe tapping effect on the listener.

Sina will be launching her new single at a series of gigs, including The Workman’s Club (Dublin) on the 7th of March. The gig is in aid of non-profit organization Tiglin who operate under the motto “life beyond addiction”. Sina will be performing with a 6 piece band, including Billy Condon and Louie Burgoyne, who have performed with Irish icons such as The Dubliners and Ray Lynam through the years. Tickets are €10 and can be purchased at www.downdaroad.com or at the door. Special guests are Americana artists Jem Mitchell, Steve Duffy, Terrie Gray and Country duo “The Ennis Brothers” who will be performing their latest chart success ‘Wake Up Little Susie’.

This year, Sina Theil is nominated for an award at the prestigious Hot Country TV Awards, which will take place on the 29th of April at the Slieve Russel Hotel (Cavan), where herself and her band will also be performing. Her music has surpassed 5.2 Million radio listener impressions and 1,860 radio plays.

The former BIMM student & Downda Road Productions have a lot in the pipeline for 2019, including an exciting collaboration with acclaimed singer-songwriter SON (aka Susan O’Neill; vocalist with King Kong Company and guest performer on the Sharon Shannon tour), an original single & album which are already well in the making and much more.

All her music is available on iTunes, Amazon, Google Play and all major download services and a very limited catalog on Spotify. The new singles can be purchased following the below links: