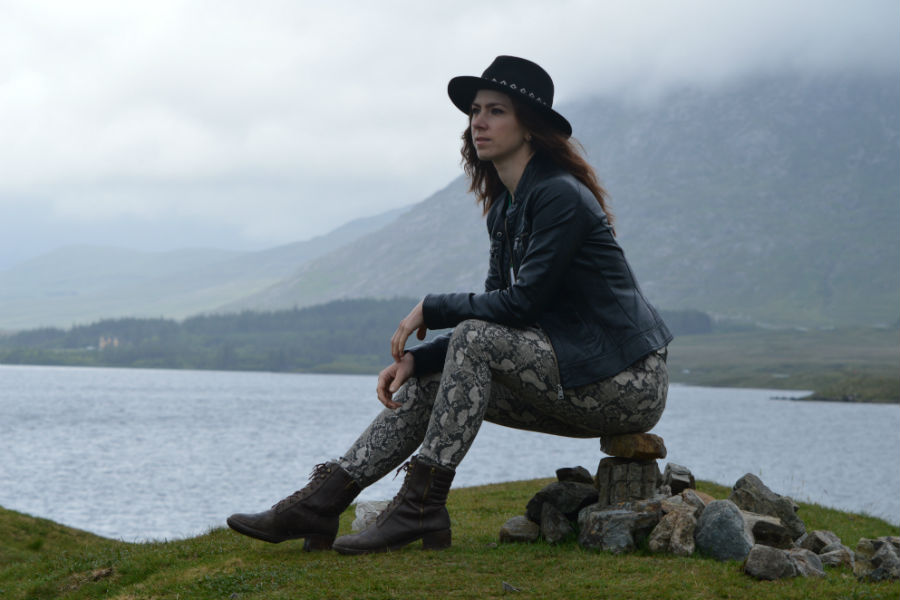 Sina Theil’s new single ‘I Feel Fine Today’ was released on all major download services worldwide on March 11th and charted at #1 in the Irish Country Download Charts, this being her fourteenth #1 single with her Co. Kildare based record label Downda Road Productions.

Exciting times are coming up for the former BIMM Dublin student as she is preparing to release her second studio album ‘Reflections of a Celtic Heart’ on March 17th, St. Patrick’s Day. The album in great parts pays tribute to the late Liam Clancy and celebrates Sina, who is originally from Germany, going into her fifth year in Ireland and falling in love with Celtic music and culture.

Furthermore, herself and her band will be touring her new album in small theatres and venues around the country during March and April, including a concert at the Tea Lane Chapel (Celbridge) on St. Patrick’s Night, McAuley Place (Naas) on March 20th, a charity night at the Underground Venue (Dublin) on April 18th and Central Arts in Waterford on April 9th (for more tour dates & tickets visit www.sinatheil.com).

The concert will be billed as “Sina Theil & band performing the songs of Liam Clancy and other Irish Favourites” featuring songs like ‘Red Is The Rose’, ‘The Dutchman’, ‘Caledonia’, ‘Grace’, ‘The Parting Glass’, ‘Green Fields Of France’ and many more.

Although born in Germany, Sina is fast making a name for herself on the Irish Music Scene, having to date scored fourteen #1 singles and a #1 debut album in the Irish Country Download Charts with her label Downda Road Productions. Her songs have been played over 5,500 times on Irish radio on stations all over the Country including Cork’s C103 and 96FM, Midwest Radio, Clare FM, Radio Kerry, Shannonside FM/Northern Sound, Midlands 103, as well as daytime play on RTE Radio 1 and airplay on stations located in the USA, New Zealand, Canada, France, and the UK to mention just a few. She also presents her own weekly radio show on Carlow FM. Furthermore, her single ‘Good To Be Back Home’ ft. Sabrina Fallon was also shortlisted on the much sought after “RTE Recommends” List and the most played song of all genres on Co.Mayo’s regional station Midwest Radio.

Sina, who won “Hottest Act in Irish Country Music” at the latest Hot Country TV Awards 2019 describes her sound as Americana/Folk/Country Rock. Although a lively performer, Sina has a great ability for storytelling which is why she developed a special liking for the music of Liam Clancy during her travels gigging around Ireland.

“Back in 2015 I knew little about Ireland and its people; but I had heard this much: the Irish love their music and the “craic” is mighty! That was all I needed to know. I packed my bags, grabbed my guitar case and headed off on an adventure, pursuing a lifelong dream of making a career in music. Little did I know I was about to enter a world of stories, songs and tales like I had never known before. Throughout many late nights I heard songs that spoke of heartbreak and hope, life and death, freedom and sorrow, history and longing. I fell in love with Celtic music; it’s passion and powerful storytelling.

On the new album I got the chance to collaborate with some amazing Irish musicians and hope, from the bottom of my heart, that we did these beautiful songs justice and you enjoy our renditions.”  Sina Theil

Sina Theil is sponsored by ISS Recruitment & HR Services, as well as Black Sheep Guitars Thailand. She is also a goodwill ambassador for Irish registered Charity Touch Ireland. Her music is available on all major download services. For tickets & more information please see her website www.sinatheil.com or Facebook (@sinatheilmusic), Twitter and Instagram (@sinatheilmusic)