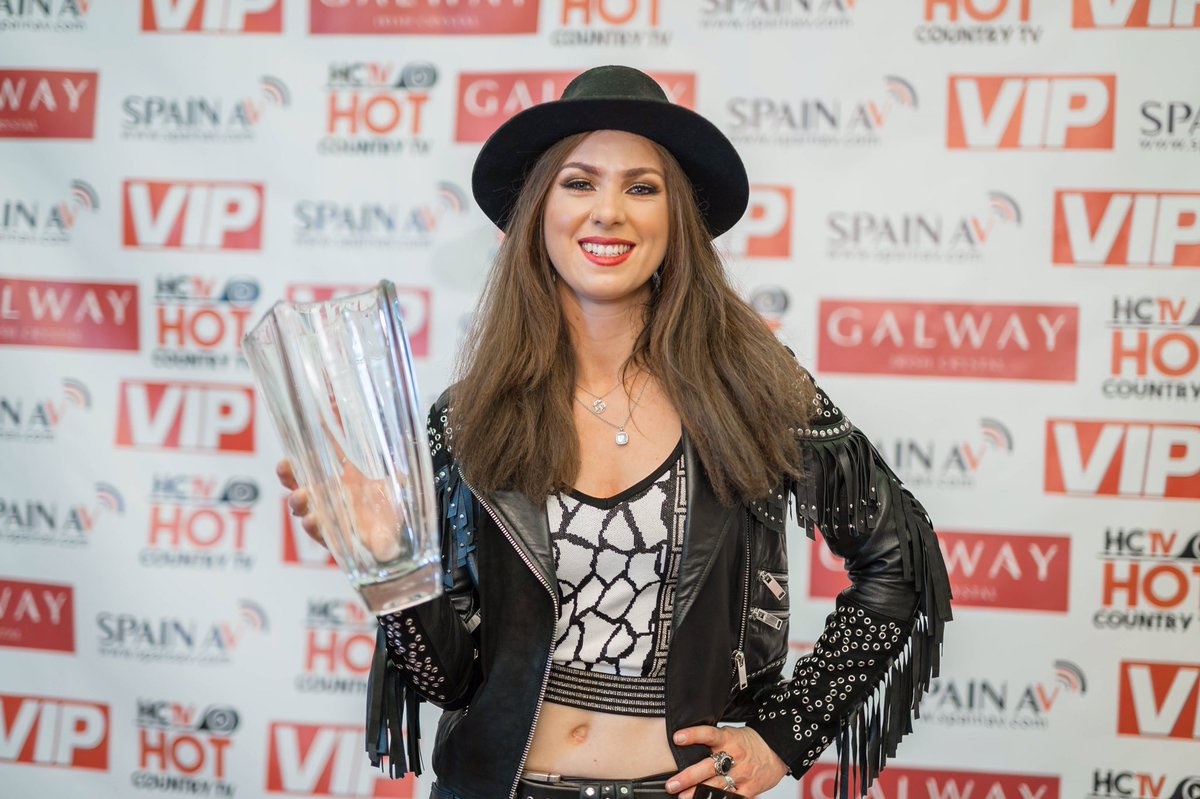 ‘The Dutchman’ is the latest highly anticipated single from Country Rock artist Sina Theil who won “Hottest Act in Irish Country Music 2019 (female)” at this years’ prestigious Hot Country TV Awards. The single was released on the 19th of September and charted at #1 in the Irish Country Download Charts, this being her eleventh #1 single to date with Downda Road Productions.

Sina, who is sponsored by ISS Recruitment & HR Services and Black Sheep Guitar Thailand, is celebrating going into her fifth year in Ireland by releasing an album of Irish & Celtic favourites that she has picked up along her journey of the Emerald Isle. Originally from Germany, Sina has been touring Ireland relentlessly with her manager Mike Gleeson for the past two and a half years, falling in love with Celtic music and culture.

Throughout late nights particularly in the West of Ireland and on long drives across the Country, she took a particular liking to the music of Liam Clancy who was once described by Bob Dylan as “the greatest ballad singer” and whose ten year anniversary is also coming up this December. ‘The Dutchman’ also gained further relevance with the recent passing of Brendan Grace whose rendition of the song was one of his most popular and loved works.

About the upcoming album Sina said: “I wanted to take the time to record these beautiful songs that I feel are such a strong depiction of Irish history and culture. I poured my heart and soul into them and hope we did them justice. I’m still on a mission to put Rock into Irish Country Music, but I love the album we are recording and can’t wait to release and tour it!“

Sina Theil’s Celtic & Irish Folk album is expected to be released towards the end of the year and features some Irish Classics with a personal twist to the likes of ‘Green Fields of France’, ‘Red is the Rose’ and ‘The Parting Glass’, some more modern favourites such as ‘Rock & Roll Kids’ and Country classic ‘One Day at a Time’ featuring the Newbridge Gospel Choir.

The album also features fiddle extraordinaire Billy Condon who throughout his lifelong career has performed with the likes of The Dubliners and Ray Lynam, as well as possibly some more surprise guests.

Sina will be joining Hot Country TV on this years’ Tour of Scotland in October, as well as touring her new album around the country. More information on Sina and her music is available on her website www.sinatheil.com or Facebook (@sinatheilmusic)

To date, Sina’s music has stacked up over 8.7 Million Radio Impressions and 3,300 radio plays as registered by Radiomonitor, with songs such as ‘Stripes’, ‘Travelin’ Soldier (Minstrel Boy Edit)’, ‘These Boots Are Made for Walkin”, ‘Rock & Roll to My Country Soul’ and many more. Her debut album ‘Under Cover’ reached #1 in the Irish Country Album Download Charts.

‘The Dutchman’ is available worldwide on all major download services (not Spotify).