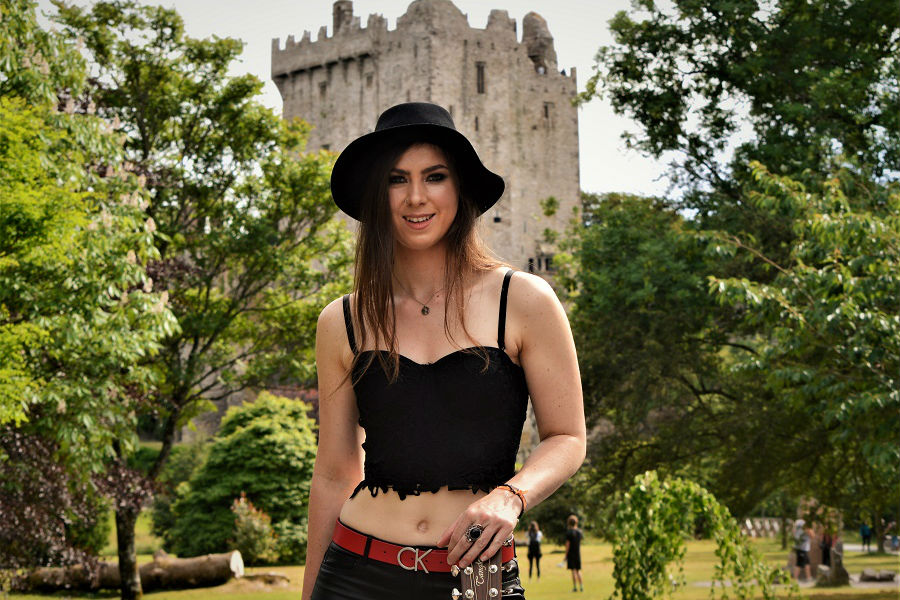 Kildare based Country Rock artist Sina Theil scores her seventh #1 in the Country Download Charts with her brand new Double A-Side ‘Travelin’ Soldier (Minstrel Boy Edit)’/ ‘Since You’ve Gone to Heaven’. Both songs deal with loss; one tells the tale of a young girl who finds her hopes and dreams for the future shattered by the futility of war, while the other portrays a family being torn apart by the sudden passing of a parent and struggling to stay together. The blending of ‘The Minstrel Boy’ with ‘Travelin’ Soldier’ was an idea from Sina’s Manager Mike Gleeson who grew up in a military family and always associated the song with ceremonies for fallen Comrades.

The tracks were released on iTunes, Amazon, Google Play and all major download services on November 1st and follow up from the success of her debut album ‘Under Cover’ which charted at #1 in the Country Charts and #5 in the overall Album Download Charts. Sina’s music is being released on Kildare based indie label Downda Road Productions and produced by Brian O’Mahoney.

Sina Theil, former BIMM student & IMRO Member and her manager Mike Gleeson have grown her Facebook presence from 260 to over 9,200 Likes within a year and she is on a mission to put rock into Irish Country music. To date, Sina’s music has reached close to 3.5 Million Radio Impressions as registered by Radiomonitor and 1,350 radio plays on Irish Radio stations such as Midwest Radio, C103, Radio Kerry, Galway Bay FM, Ocean Fm, Clare Fm, Kfm and many more. Her sound has been compared to the likes of Sheryl Crow, Shania Twain and Brandy Clark.

On November 2nd, Sina Theil is launching her new #1 selling Double A-Side ‘Travelin’ Soldier’/ ‘Since You’ve Gone to Heaven’ at McAuley Place, Naas (Co. Kildare) as part of a small Ireland tour with her band. The event will be running from 7:30PM-10PM and tickets are €12/€15 with CD. Tickets are available on www.downdaroad.com, at the venue and the ISS Recruitment & HR Services office (Sallins Road, Naas). Opening acts include young up and coming local talents: Gemma Cox, Luke McGettigan, Molly Nolan & Georgia Lynch.