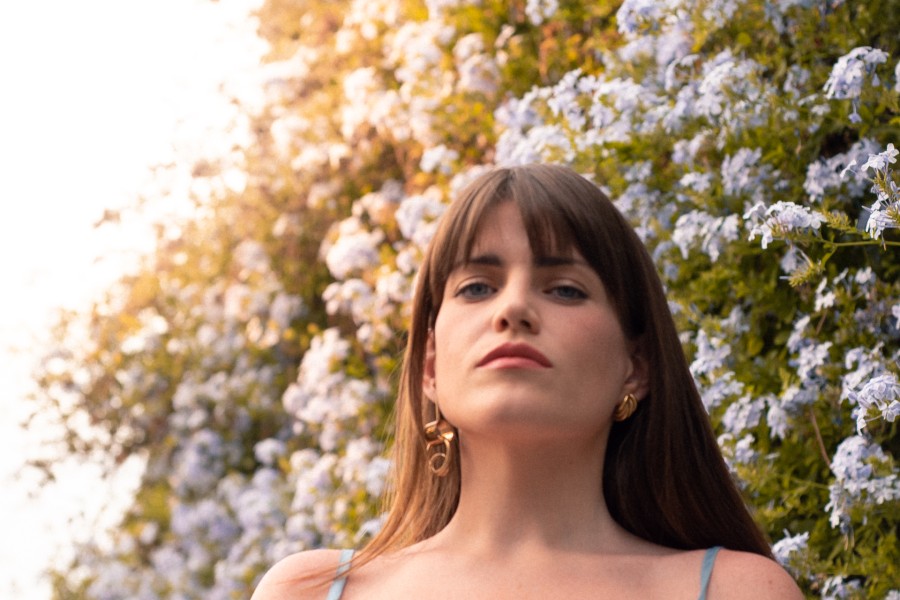 Born and raised in the small Irish town of Ballyshannon, it was impossible for Tríona to grow up and develop a love of music that wasn’t steeped in Irish folk music. Tríona was penning her first songs at only 11 years old and at 18 moved away from home to study opera at The Cork School of Music. She shares:

“I was studying classical singing, but jazz and soul bubbled under the surface. I sang Mozart by day and Ella Fitzgerald by night. After my MA, I decided I couldn’t ignore my gut and decided to pursue my passion for songwriting, which led me to London, New York and now, Los Angeles.”

Those evenings spent pouring over jazz, soul and folk records alongside her education in classical music formed a unique birthplace for Tríona’s writing to come to life. Her songs showcase her vocal prowess with soaring melodies and soulful vibrato, making her performances truly captivating.

Her love for music has taken her all over the world and Tríona has now settled in Los Angeles. She has shared the stage with many artists including Brit Award nominee Laura Marling and has toured around the UK, Ireland, Europe and the US. Her vocals feature on the Emmy nominated New York Times series ‘Conception,’ as well as the Salvation Army Christmas advert. Her upcoming single, ‘Little One’ is dedicated to her nephew Conn, who was born prematurely.

World Prematurity Day, which takes place on November 17th, seemed like the perfect day for Irish singer-songwriter, Tríona O’ Neill to release her single, ‘Little One.’ She wrote the song for her nephew Conn who was born at only 25 weeks. The single was co-produced with New York duo Pet Beast.

As well as deciding to donate her profits from the single to the Helping Holles Street National Maternity Hospital Foundation in Dublin, where Conn was born, Tríona decided to take her fundraising efforts one step further and organise a virtual fundraising show. An evening of live-streamed entertainment on World Prematurity Day will include performances from fellow Irish artists Stephanie Rainey, Elly O’ Keeffe, Irish/NYC hybrid Pet Beast, and spoken-word artist Sasha Terfous. The music video to ‘Little One’ will also be premiered during the event, which shows a collection of real-life moments captured by preemie parents themselves. This insight into their journey showcases their incredible strength, highlighting the importance of World Prematurity Day and raising awareness of premature birth.

The live-stream will take place at 8 pm GMT/ 3 pm EST / 12 pm PST on Tuesday, November 17th on an NMH Foundation linked Just Giving page, where donations can also be made.