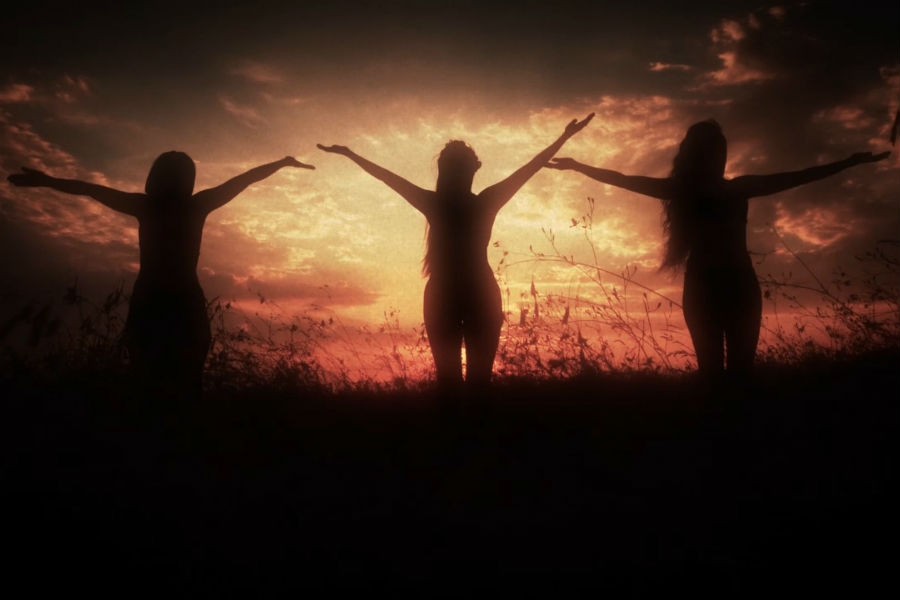 Sinking With Love have just released their 2nd single, ‘Bheith Beo’ on 01/01/2020, on the Pipe’s Not Dead label. Like the title (which means “To be alive”) the lyrics are in Irish. With contributions from Gaeilgoir Seán Breathnach, who lends his voice at the intro, 13 year old Ríona Hely a traditional Irish concertina player from Co. Clare and Flora Pop, a violinist and composer, based in Bucharest.

Massimilano from the band suggested Valerie write a song in her native language and she drew inspiration for the lyrics from Celtic mythology.

Recorded between Ireland, Romania and Germany the song will anticipate the band’s debut album planned for early 2020.

At the turn of the century, Massimiliano and Gabriele were Sinking With Love. Following the mermaid song of Valerie Hely, the vocalist crowning jewel of the new Irish-Italian trio, they’re back with a fresh sound of dreamy, indie and psychedelic pop. What started out as a “blind date” between artists has turned into a fully blown love affair with the music they’ve created. Passionate collaborations such as this don’t come along every day and they handle it carefully and respectfully.  Using their combined spirit and experiences, they’ve nurtured and caressed their songs into little pearls full of heart. It’s as if a higher force is leading them to a special place; somewhere not too unlike the mythical submerged city of Ys. However, Sinking With Love spontaneously decided to sink, in order to preserve the purest and best aspects of human values, which they could see disappearing.

“One lives in Cork, another in Berlin and the other in Bucharest but there is absolute synchronicity in what Sinking With Love do.” – Dan Hegarty, RTÉ 2FM (Ireland)

“Elegance and beauty in high doses.”  Renato Malizia, The Blog That Celebrates Itself (Brazil)