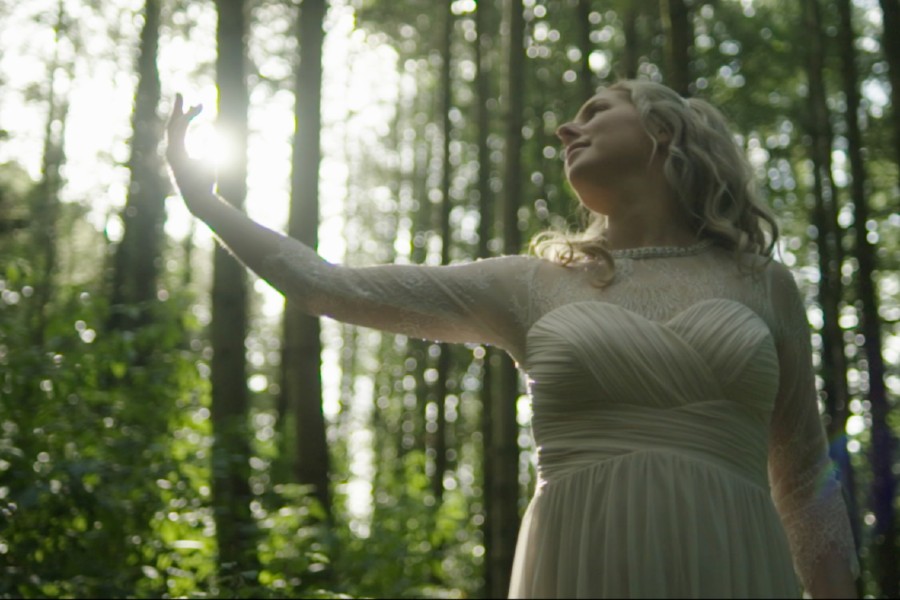 Siobhán McAleese from County Meath, Ireland will be releasing ‘Nella Fantasia’ by Ennio Morricone. This single is set to capture the hearts of the world through Siobhán’s angelic voice.

McAleese is working with her mentor Deirdre Shannon, who has a formidable talent with an extremely successful solo career to-date, including her role (Deirdre Shannon) as the vocal soloist for Michael Flatley’s 1997 hit sensation ‘Lord Of The Dance’. McAleese recorded the debut studio single in Ceoilane Studios, a place in which Siobhán calls home. The track was mixed and mastered by David Arkins and Mark Cahill, Producers of Crookedwood Studios, in Slane. It features the Prague FILMharmonic orchestra as well as violinist Kenneth Rice.

McAleese has always had a passion for music. She was involved with Trim Musical Society, playing numerous leading roles such as May Tallintire from The Hired Man and Sukie Rougemont in The Witches of Eastwick. McAleese has performed on a wide variety of stages across Ireland both through solo and choral works; she is a former member of the Buvinda Choir (Meath County Council workplace Choir) as well as the Credo Vocal Ensemble (of Trim). McAleese holds a BA Honours Degree in Music from NUI Maynooth, she is also classically trained in piano from the Royal Irish Academy of Music.

The mum-of-two was diagnosed with Secondary Addison’s Disease after a tumor was found on her pituitary gland, intruding on her optic chiasm during her second pregnancy. This is a rare disorder that affects the production of cortisol and aldosterone. After being diagnosed with this life changing disease, McAleese realised how precious music was to her. This event gave her the courage to pursue her dreams again.

‘Nella Fantasia’ has provided McAleese with hope during times of darkness. Her passion for music has given her the “drive to continue on a road to recovery from a rare pituitary tumour.” McAleese realised that “you should never put on the long finger something you have been promising to do”. This experience has allowed Siobhán to grow her music career and to “appreciate every moment in life.” The song is meant to provide a “message of hope for anyone who is struggling and to show that you can achieve anything you set out to accomplish if you work hard at it.”

All proceeds from the song will be donated to ‘MIND YOUR MIND’ for Mental Health Ireland and The Pituitary Foundation Ireland and donations can be made via this link.