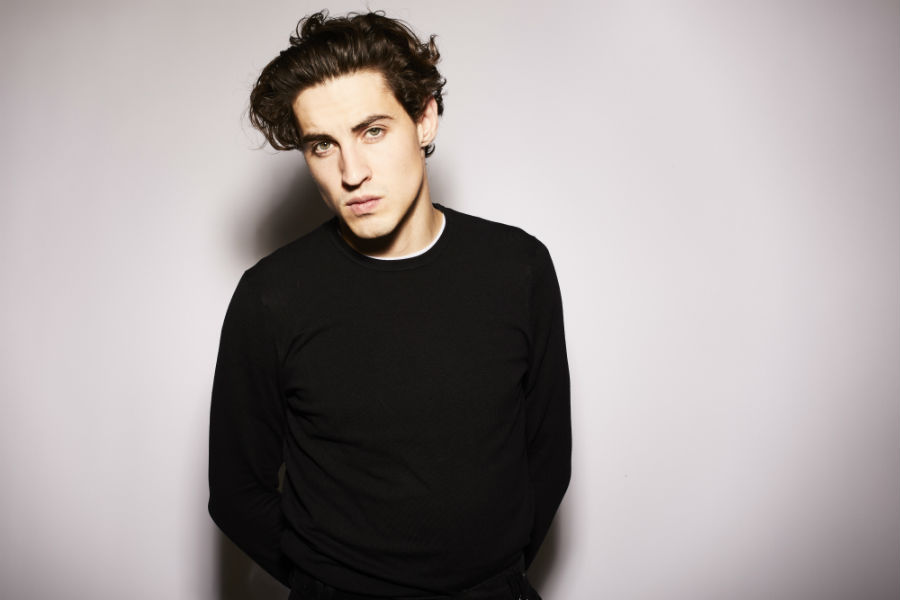 Singer-songwriters are supposed to tell real stories, right? Here’s one: A little while ago, Sion Hill was on his way from London to Liverpool for a writing session with producer Rich Turvey (Blossoms, The Choral). Unfortunately, he missed his train and ended up being three hours late. Shit happens, you say? True, only: shit’s been happening for pretty much all of Sion Hill’s life. He’s a notorious latecomer. But he swears it a) is nothing personal and b) also has its clear benefits. So, after Hill had finally reached Turvey’s studio and they got into a talk about life and such, the latter suggested: why don’t you c) just write it down and we make a song out of it?

And so they did. ‘Last Minute’ builds on Sion’s missing-the-train experience and turns it into a portrayal of a budding relationship that is overshadowed or propelled by his latecomer streak – depending on how you look at it. “I’m in your bad books again coz I missed the train / It only ever pours when it rains“, Sion observes over a buoyant, propulsive beat, adding: “I want you to know / I never think about the consequences / If I ever let you down / I hope you understand.” It’s not that Sion doesn’t care, it just: he doesn’t care about timing: “Do you wanna be more than friends? / Coz I don’t wanna change / Yeah, I like living day by day.” Constantly running late is not so much a personal flaw but a mindset, he insists: “I just want to dream / Can’t fall into the same old routines / We can run away tonight, on a one-way flight / We’ll go wherever you decide.”

“It’s not so much an apology to one person for not showing up on time, but more of a general statement that sometimes things can be more interesting when they are spontaneous“, Sion Hill asserts. “I don’t like letting people down, so I’m trying to get better with my timing, but at the same time, I leave a lot of things to the last minute. There’s something slightly freeing about not having plans and I love those evenings when I go out with no real plan and just see where the night takes us.” Because isn’t that where the real magic happens? “I love surprises and being spontaneous always keeps me on my toes,” Hill concludes. “It has allowed me to meet so many interesting people and have so many crazy and amazing experiences.”

Oh, and needless to say: when Sion Hill went back to Liverpool a few weeks later to record the song, he ended up missing the train yet again. “This was complete coincidence and I felt pretty bad leaving Rich waiting for me. But he just laughed and said: ‘Fuck it mate. That’s you in a song.” And a pretty good one at that.

‘Last Minute’ by Sion Hill is out now and available across all digital platforms.