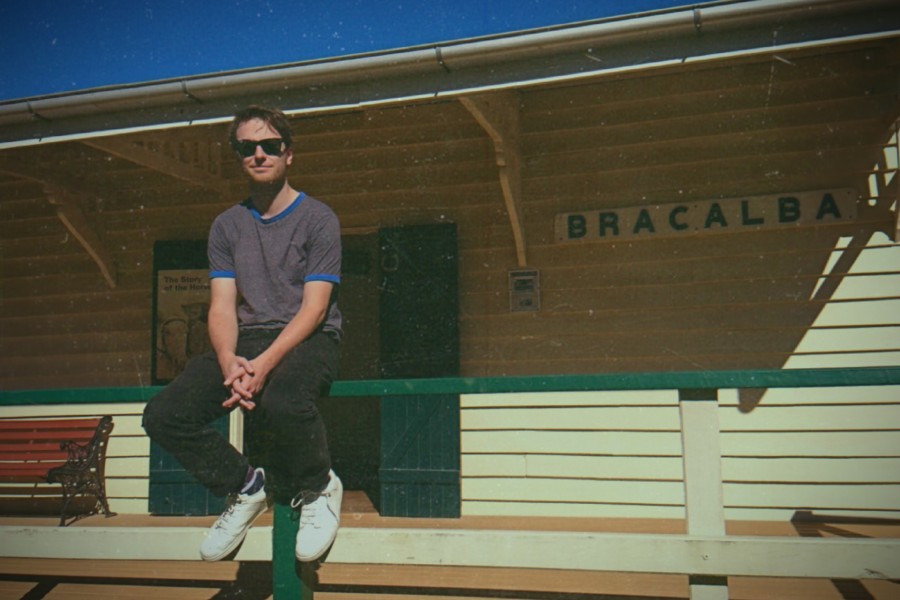 His previous incarnations saw him touring basements and dive bars across the world, making a range of U.S. media appearances (WFMU, ‘Chic-a-Go-Go’, ‘The BJ Rubin Show’) and performing alongside the likes of The Polyphonic Spree, Ariel Pink, HEALTH, Jeffrey Lewis and Wavves. With ‘Friendship Gift’, the prolific songwriter is starting afresh after an unusually long hiatus, during which he turned his attentions to a best-selling history book (‘D’You Remember Yer Man?’) and a surreal stage musical (‘Trial of the Centurys’).

Due to some ludicrous red tape bureaucracy, this period also saw him uprooted from his temperate European homeland to subtropical Queensland – a topic touched upon in the globalist singalongs ‘You Are Here’ and ‘Scouts Anthem’. Mixed by Fiachra McCarthy (Squarehead, So Cow) and mastered by Mikey Young (Royal Headache, Terry), the resultant hour of psychedelic bubblegum is a summertime classic that buoys from pristine pop singles like ‘Factor 50’ and Eurovision reject ‘World Peace’ to sun-drenched, in-no-hurry jams like ‘You Only Dance’ and the epic existential soundscape of ‘A Long Day at the Seaside’.

‘Friendship Gift’, released 22nd May, is available as a digital download or limited edition cassette tape from http://sirbobbyjukebox.bandcamp.com/