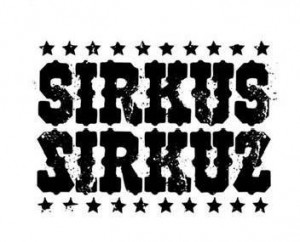 Sirkus Sirkuz is the new solo project from Decky Hedrock (The Japanese Popstars) and he releases his “Trilogy EP” on the 5th November with US based 9G Records.  The release comprises of three separate singles respectively titled “Plastic Explosive”, “Little Rodent” and “Telefunk” – which include some huge remixes from Elektropusher, Galactus, Dolly Devereaux, We Take Polaroids, McLennan, Alexander Technique, Kik Katz and Superstringz – making a total of 12 tracks spanning across the whole Trilogy release.

The title tracks are all very different from each other, with “Plastic Explosive” weighing in as a high octane acid techno rollercoaster ride, whilst “Little Rodent”, a Deadmau5 inspired track is the composite of the EPs, with its deep and evolving dancefloor house groove and epic strings. Rounding off the three tracks is “Telefunk”, which has the essence of electro meets tech house growing and exploding into a frenzied finish.

Sirkus Sirkuz has already set tongues wagging across the globe with the debut release called “Rapier EP” with DJ Mag (Spain) describing it as “Delicately Devastating” and DMC World Magazine crediting him as “One of the UK’s most exciting new producers”.

The Trilogy EP is a heavy release package that reaches across different genres of music and gaining early support from the likes of Felix Da Housecat, Turbo Turbo, Attaque and Medicine 8.

You can listen to the entire release right here: http://soundcloud.com/9grecords/sets/sirkus-sirkuz-trilogy-promo/s-jvL3H

It will be available online from all the usual music stores on the 5th November on 9G Records.