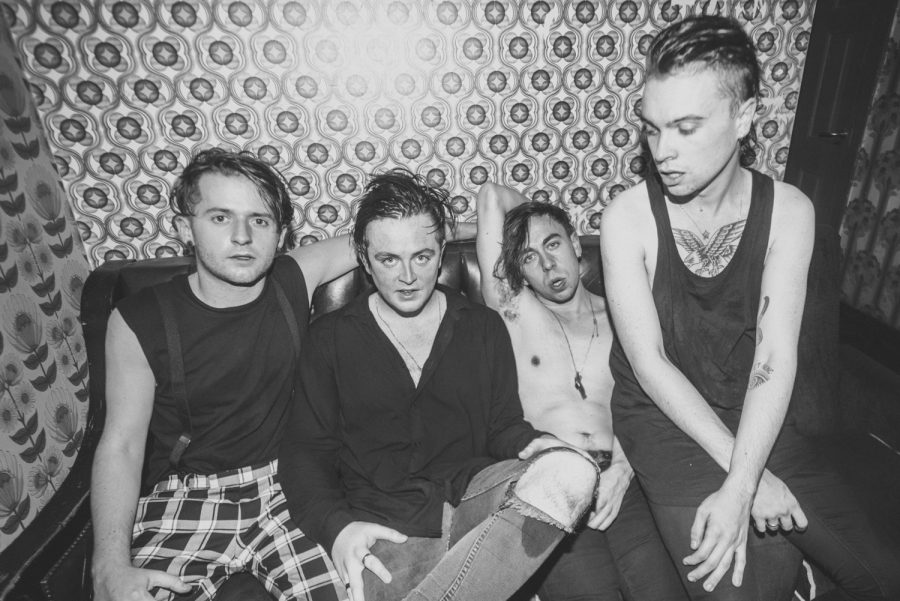 Irish grunge-pop band Otherkin have just shared the video for their new single ‘Bad Advice’ The video is directed by Finn Keenan, and is the third collaboration between band and director, following ‘Ay Ay’ and ‘I Was Born’. Finn won the Best Music Video category at the ICAD’s Young Director Awards in Dublin back in February.

‘I love the look of a simple circle in a square and wanted to see how much we could play with that. We built four different coloured backgrounds with holes in them and then just spent the day moving them around getting interesting and confusing results! Not a bad ole way to spend a Sunday!’

Otherkin have just been announced as the openers for Guns ‘N’ Roses at Slane Castle on May 27th. The gig is a dream-come-true for Otherkin frontman Luke Reilly, who was born and raised in Slane. Luke says:

‘Bad Advice’ and Slane mark the start of a busy summer for Otherkin. The band have also been confirmed for the mega rock/metal festival Download in the UK in June, as they criss-cross Brexit-land and beyond for the big gigs of the summer months.

Otherkin are just putting the finishing touches to their debut album, which will be released by Rubyworks later in 2017.

‘Bad Advice’ is available on all streaming and download platforms.