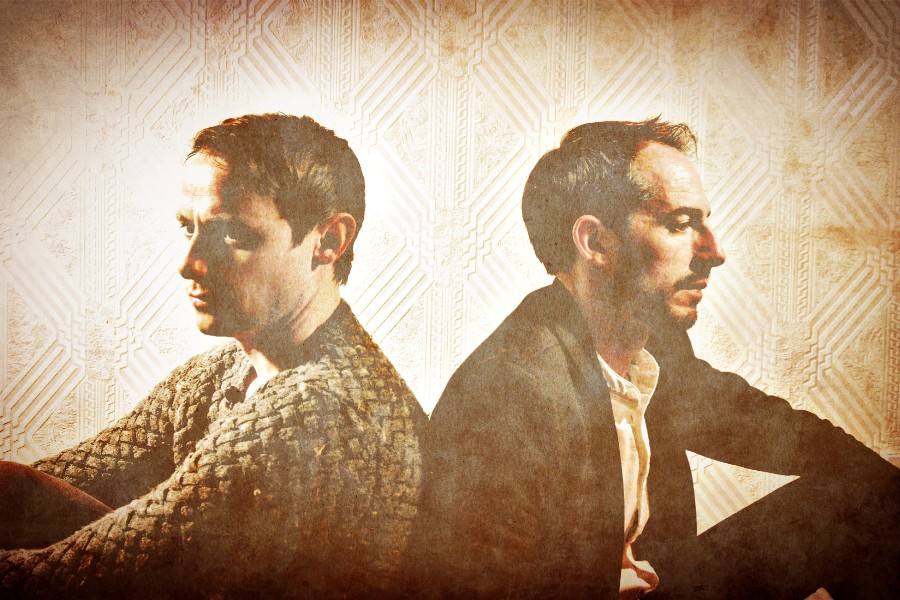 SLEEVENS is Gareth McCarthy (instruments and voice) and Craig Cahill (voice and words).

Gareth and Craig have written, performed and worked together for over 20 years in a number of different musical groups (e.g. Red Empire, Resolution End and others).

They have graced many of Ireland’s largest stages over the years (e.g. The Olympia, Vicar St, Cork Opera House, The INEC) as well as touring abroad.

And they have both appeared and performed live on Irish television and radio many times (RTÉ’s The Saturday Night Show, The Late Late Show, Two Tube, The John Murray Show, TG4’s Róisín and many more).

SLEEVEENS is the first time they will be releasing their compositions exclusively.

“These songs and compositions are more intimate and, in some cases, have existed brightly for years but have never found the right home, until now.” – Craig

‘The Draw’ is the debut single premiering with a video & digital and downloads available the following week.

‘The Draw’ is a love song about the magnetism between flawed individuals and the perceived certainty that we can find in each other.

The track starts out with a composition of beautiful strings and haunting vocals.

The video for ‘The Draw’, features footage from the film “She Shoulda Said No!”, featuring Lila Leeds.

The tragic story of the demise of Lila Leeds’s film career and her participation in the making of this exploitation film touches heavily on themes within the song about being pulled towards reckoning with uncomfortable truths that upset our world view. And in the current cultural landscape where attitudes towards gender, representation and identity are in flux it is important to remember examples of tragic discrimination like that of Lila Leeds.