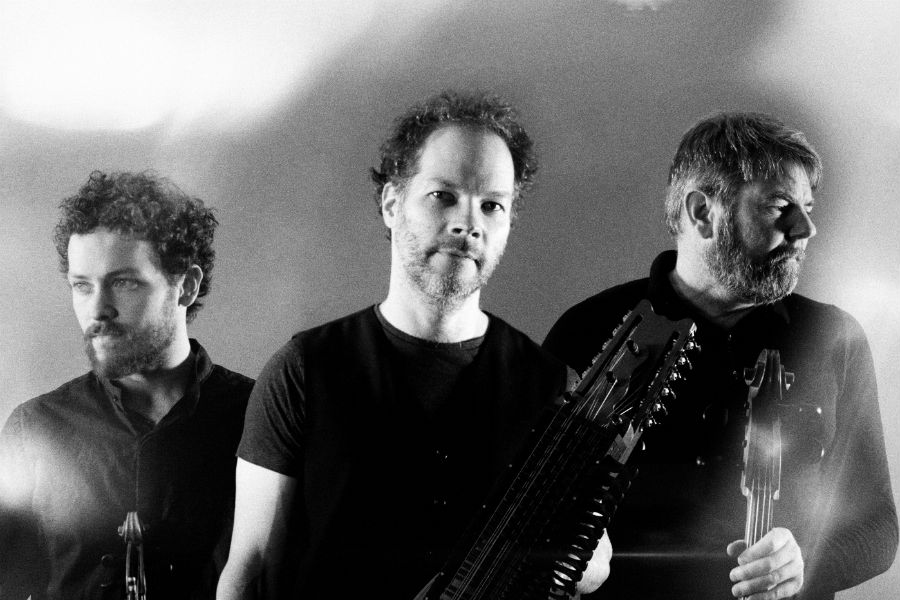 Slow Moving Clouds return with a beautifully atmospheric new track titled ‘Swansong/Starfall’ ahead of a tour with Jenny Lewis (Rilo Kylo) and a headline show at Dublin’s Workman’s Club on June 20.

The Irish/Nordic trio’s second album ‘Starfall’ was recently released on the new PEOPLE music platform, led by Justin Vernon (Bon Iver) and the Dessner brothers (The National), and their intelligently crafted mix of folk, traditional and experimental classical sensibilities sees them sit comfortably at the table of a new Irish musical vogue that encompasses artists such as The Gloaming and Lisa Hannigan.

Quietly going about their business, Slow Moving Clouds have been developing a large international following and recognition through work as varied as playing Sydney Opera House (with Teac Damsa’s Swan Loch / Loch na hEala), Celtic Connections 2019 in Glasgow, a PEOPLE residency/festival at Funkhaus, Berlin, at legendary Irish fiddle player Martin Hayes’ ‘Masters of Tradition’ festival and a recent sold out show at the Brighton Festival.

There’s a willingness to embrace new ideas while respecting and incorporating more traditional elements that sets Slow Moving Clouds apart from most, while also being able to recreate the ethereal and atmospheric intricacies of their studio work in a live setting. ‘Swansong/Starfall’ is a wonderful representation of a band at the top of their game.