SlowPlaceLikeHome announces the release of his debut album ‘Romola’ 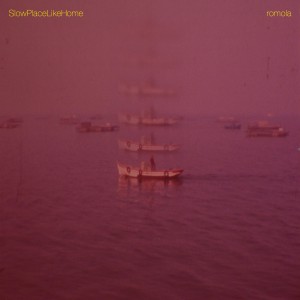 The album ‘Romola’ marks a departure for SlowPlaceLikeHome (AKA Donegal-based producer Keith Mannion) following three critically acclaimed EPs. It features the singles ‘She Comes in Colour Stero’ and ‘Luna’.

After relocating to the northwest a few years ago, Mannion set about capturing the sounds and textures of his native coastal region, incorporating them into a series of compositions, which have resulted in the ethereal and beguiling ‘Romola’. As Keith says, his ‘self-imposed detachment from the local coastal hubs’ helped him focus on his writing, which was very much influenced by the landscapes of south Donegal.

‘Romola’ features 10 new tracks; each recorded, mixed and produced by Mannion in his studios deep in the Knather Woods.

Throughout 2014, SlowPlaceLikeHome has been touring his live show around Ireland – with performances at Other Voices, BBC Music City, Celtronic, Sea Sessions, Earagail Arts, Castlepalooza and Stendhal. With the release of Romola on August 11th, more dates will follow.

For more see www.bluestackrecords.com and follow SlowPlacelikeHome wherever you see him.