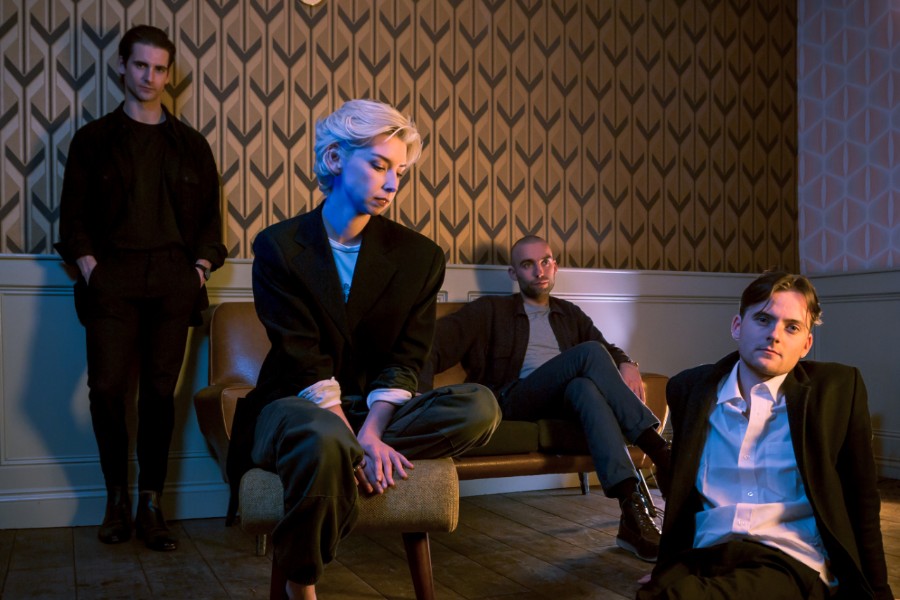 Dublin’s Soda Blonde release the ‘isolation – content’ EP today. A four track collection of glorious alt-pop that follows their debut EP, ‘Terrible Hands’ which was released at the end of last year. In support of this, the group performed a series of sold out shows in their hometown, toured across Ireland and played 2 UK shows in Manchester and London, leading to them being asked to support Sinead O’Connor at her Iveagh Gardens show (now postponed to the Summer of 2021). The ‘isolation-content’ EP is also available now for fans to purchase on Bandcamp here: https://sodablonde.bandcamp.com/

If the staggering vocals on the EP sound familiar, it’s because they are. Soda Blonde was formed last year by four members of the critically acclaimed Little Green Cars, whose debut album (produced by Marcus Dravs) hit the Number One spot in Ireland and saw them gain a coveted spot on the BBC Sound Of poll. Now producing the music themselves, whilst also creating all the artwork and visuals, Faye O’Rourke, Adam O’Regan, Dylan Lynch, Donagh Seaver O’Leary’s new project finds them operating as fully fledged polymaths.

Born out of a need to keep making music whilst in lockdown, the group found a process of working that enabled them to put together the ‘isolation – content’. Initially trying to work more loosely and expecting to be forced to pay less attention to detail than they would in a normal situation, they soon found the process became something different entirely, as Faye elaborates; “The alchemy of this project is simple: after the initial sample is taken from me, it’s then sent off to the lab where Adam can dissect and analyse what the fuck is going on. He makes a few suggestions about structure and then lays down the foundational ‘vibe’ for the track. It’s then sent off to the rhythm section for further critical analysis and expansion before making its way back to me to hear the first draft of the song. Not long into early stages of the project the brief abruptly changed. It shifted from the previous pursuit of sanity and time consumption into something immensely more important. Our usual work ethic of meticulousness and devotion to every detail was reinstated. “

Now with two immaculate EPs under their belt, a new sound and newfound approach to their craft, plus their debut album almost finished, Soda Blonde are firmly marking themselves out as one to watch.