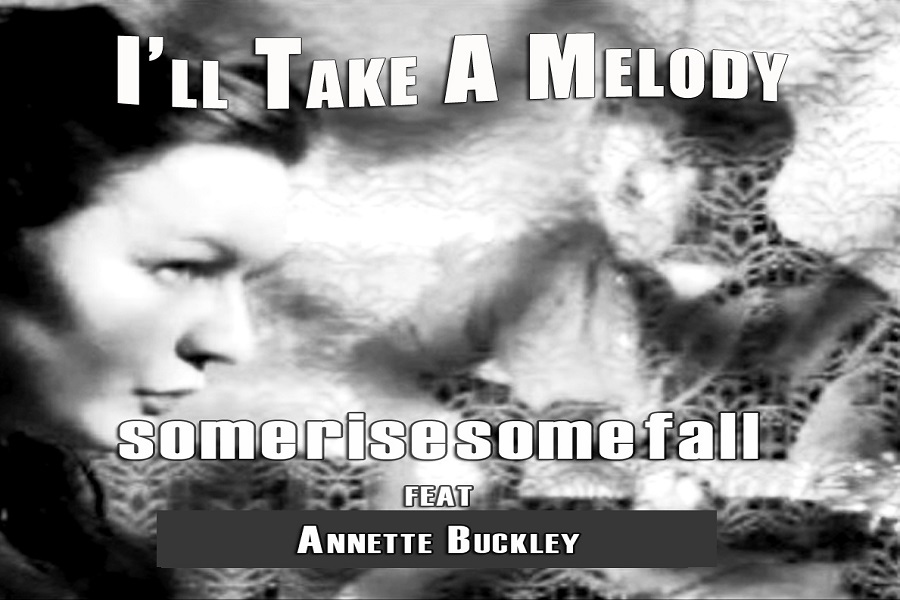 With Annette Buckley on vocals and instrumentation by Martin Leahy, this is an instantly compelling track, perfect for airplay and repeat listening. An upbeat, yet bluesy tune with a deceptively simple sound, and lyrics which capture the transformative power of music – such as the classic line “I’ll take a simple C to G, and feel brand new about it…”, and the final appeal to: “shine on, keep on shining…”

I’ll Take A Melody is the second single released by SomeRiseSomeFall on FITZZ Records, following 2015’s It’ll Shine When It Shines, with Hank Wedel and Martin Leahy. Both tracks will appear on the SomeRiseSomeFall album, SomeClimb, due for release in 2017. [The official music video for I’ll Take A Melody is produced & directed by Colm Walsh of Clap Media Ireland, atmospherically shot in black & white to stunning effect.]

Annette Buckley is well known on the live music scene in Ireland and Europe. Her debut album, The Ever-Changing Colours of the Sea, received rave reviews and a rating of 8.5/10 in Hot Press. Her song Whirlwind featured on HMV’s Playlist album. Annette has opened for Ryan Adams, Imelda May, Duke Special, Maria McKee, Damien Dempsey and Jack L, among others.
SomeRiseSomeFall is a collective of highly respected Cork-based musicians, including Ger Wolfe, Annette Buckley, Hank Wedel and Edel Sullivan, with all tracks superbly produced by Martin Leahy, and design art by Harry Moore.

The project is the brainchild of music lover Mick Fitzgerald, and the honours such influences as The Grateful Dead, Ian Tyson, Allen Toussaint and Jorma Kaukonen. The projectʼs aims are to produce recordings that reflect all facets of the human condition, and to inspire in the face of lifeʼs challenges. All of the artists share a profound belief in the power of music to heal, inspire and transform. Their debut album, Some Climb, is due for release next year.

Collective with a Conscience As well as being all about the music, the SomeRiseSomeFall project has a well-evolved social conscience, and is passionate about a range of social issues, including raising awareness of & improving the treatment of asylum seekers in Ireland, and promoting greater awareness and understanding around mental health issues.

I’LL TAKE A MELODY by SomeRiseSomeFall, feat Annette Buckley and Martin Leahy, is available on iTunes, Spotify, Amazon and most other music sites from November 14th.

SomeRiseSomeFall play their launch gig in Coughlan’s Live, Cork, on Thursday, 24th of November at 9pm