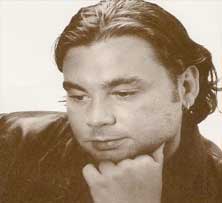 “Reason to fly” was co-written by Rob and renowned Eagles songwriter Jack Tempchin Peaceful Easy Feeling and Already Gone The download only single is small taste of what we can expect from this exciting debut album.
Rob has honed his craft in Ireland and the U.S performing and co-writing with a litany of international heavyweights including:

Paul Williams, Oscar and Grammy winning songwriter, who has penned worldwide hits for The Carpenters’ We’ve Only Just Begun, Rainy Days And Mondays, and the classic Just An Old Fashioned Love Song, also
Evergreen with Barbara Streisand, to name just a few.

Lamont Dozier, Motown Legend, and number 1 songwriter in America with over 70 hits to his name for The Supremes, the Four Tops, Phil Collins and many more, with songs such as How sweet it is to be loved by
you, You can’t hurry love and Two hearts. Angela Kaset successful Nashville songwriter Something in red, and Irish singer/songwriters Mickey Harte and Garrett Wall.

According to Burke, “Writing with these phenomenal songwriters is a huge privilege, I’ve learned so much from performing live and writing with these guys. Apart from which they are superb company, and so I have lots of great stories to tell too!”

Rob has performed and worked with a host of international stars over the years, including Christina Aguilera and Michael Bolton Rob heads back to LA next March for a promotional tour of his album and more collaboration with his legendary songwriter friend’s.

Rob's new single “Reason to fly “ and his album “More than me” are now available on iTunes – don’t miss it!
Rob and his band play the Purty Kitchen, Dun Laoghaire, every Saturday night @ 10pm