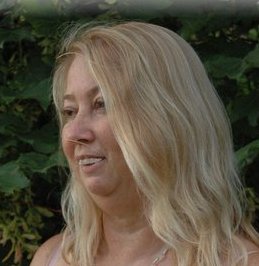 The lyricist, Amanda Norton Anderson, is celebrating the first steps in her career with three of her songs being used on two different albums in the USA and Canada.

Michelle Lockey’s (USA) fourth CD, More to Life, released September 2014, features the tracks “Deep is My Soul” and “In The Dark (A Tale of Love)”, both of which use Amanda’s lyrics.

And then Blu Cedar, an indie folk duo consisting of Nathan Nasby (Canada) and Michelle Lockey, released their first EP in November 2014, featuring another of Amanda’s songs, “This Is The End”.

All three tracks that use Amanda’s lyrics were co-written with Michelle Lockey.  Michelle has had much success in writing songs for films and TV, and was a Grand Prize winner in the folk category in the 2014 John Lennon Song Contest.  By coincidence Amanda also writes with Nathan Nasby, just not on this album.

Amanda collaborates with other songwriters in several countries and in many genres, working on songs for film and TV use, as well as for other artists.