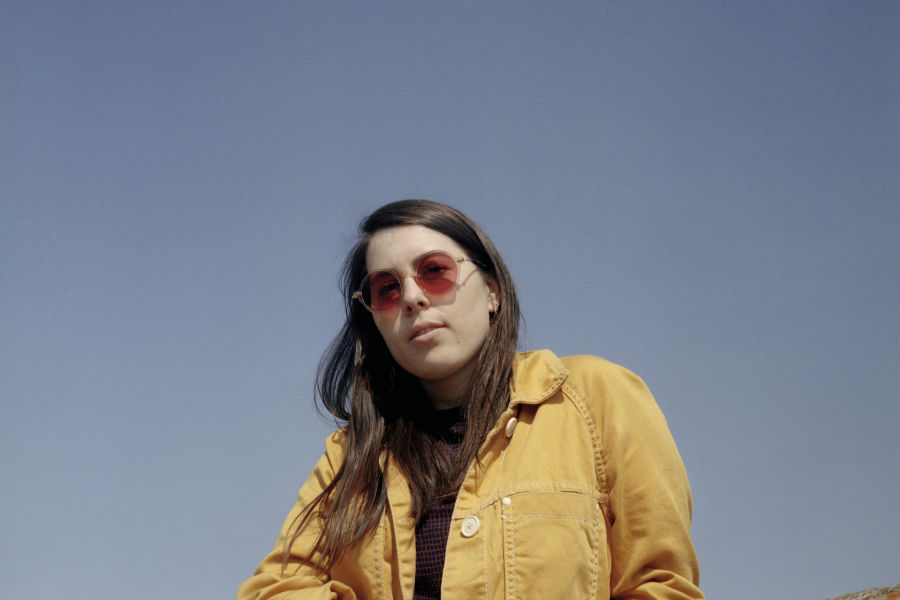 Irish singer-songwriter Sorcha Richardson has been cultivating a cult fanbase for several years. Songs such as ‘Ruin Your Night’, ‘Petrol Station’ and ‘Can’t We Pretend’ are evocative vignettes of a moment in time which find the poetry in introspection, with a tangible nod to key influences such as Sharon Van Etten, Arcade Fire, Phoebe Bridgers and Julia Jacklin. Her latest single ‘Don’t Talk About It’ is out today.

Exuding passion and tender beauty in equal measure, her narrative songwriting connects with people who have shared similar tangled emotions – as evidenced by 22 million streams at Spotify alone.

“It’s the hidden meaning in mundane moments,” she summarises. “Days that look like any other day and yet somehow you have this feeling that it’s one you’ll remember forever.“

Richardson isn’t afraid to dig into her own psyche, as demonstrated on ‘Don’t Talk About It’. A blur of spiky garage-rock, its energy masks a deeper meaning.

“It’s about avoiding conflict and being too scared to admit to yourself that you’re unhappy in a situation, because it feels easier to turn a blind eye to it than to have to deal with it head on,” she notes. “It’s something I used to do all the time. The song’s also very cathartic, like a victory lap for when you do learn to face your demons.”

It’s been a long road to reach this moment. Richardson left home for Brooklyn as a teenager to study creative writing. She’d assumed her background as a drummer would lead to her playing in a college band, but instead she ended up recording lo-fi demos in her dorm. Picking up traction on SoundCloud gave her the confidence that she could sing, while her studies sharpened her lyrical focus.

Her sound grew richer and more nuanced from 2015’s ‘Petrol Station’ but the idea of making an album didn’t emerge until a few years later. Having written a number of songs at her apartment in Brooklyn, Richardson fleshed out some initial demos with producer Doug Schadt in New York which resulted in early versions of what will eventually become her debut album.

Moving back to Dublin inspired her to take stock of where she was. A new rush of ideas soon followed, with Richardson writing on the piano in her parents’ kitchen. An impromptu session with All Tvvins’ Conor Adams yielded ‘No-One Is Any Fun’, which features on their album ‘Just To Exist’.

Touring in Ireland resulted in the realisation that “the songs that are the most fun to play are the ones that feel most like a band”. Those live elements are also important within every track, regardless of how big or small the arrangement was.

As her songs look back, it’s fitting that this album represents Sorcha Richardson’s future. “Releasing singles was fun because I felt a lot of freedom move around creatively. But I’m excited to present a more 360 version of what I have in my head. It lets me tell a more complete story.”