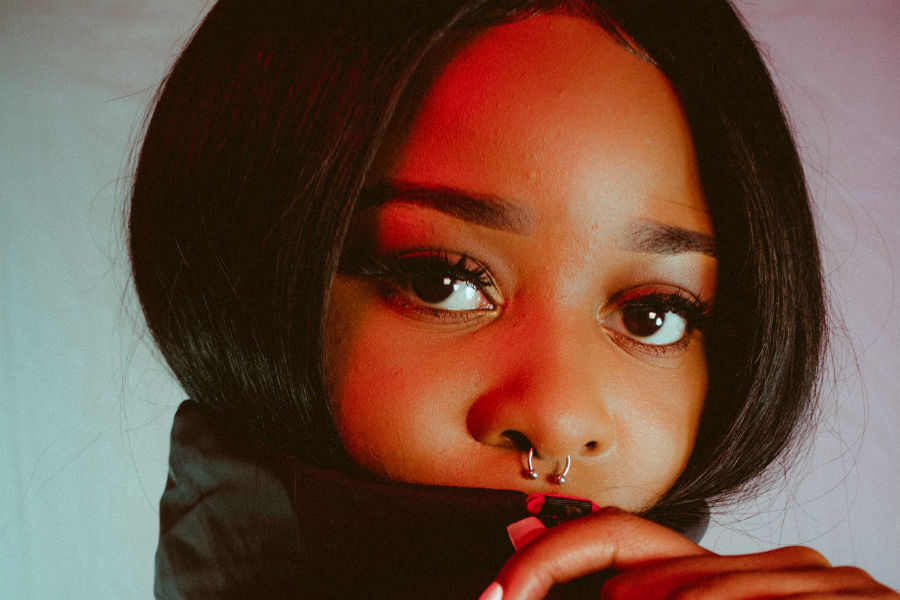 “This EP is quite personal. A lot of the stories I speak on in this project are of relationships I have been in and are stories of relationships that I have witnessed. There is beauty in love and also dark times, I really wanted to speak on that in the Ep. That’s why I chose the name ‘Love CYCLE’ for the EP. Being in love with someone really is acycle, even when you aren’t on good terms the love you feel forthem never just disappears it lingers for a while until you are ready to move on and go on that journey again. It’s all a cycle.”

Soulé is the leading force in a new wave of emerging Irish music. The Dublin based electronic pop artist is here to make her mark with her bass heavy sound and soft – soulful vocals. Born in London and raised in Dublin seaside town of Balbriggan, the singer songwriter’s innate charisma, natural talent and electronic pop influenced tunes have garnered her a cool, multi million streams on Spotify.

In just 18 short months, Soulé was named RTÉ 2FM Rising Artist and the GoldenPlec Pick, as well as was one of the most talked-about acts at 2017’s Electric Picnic where she performed multiple times.50 A natural performer, she went on to partner with Jameson taking part at their famous Live Bow Street Sessions, played the famous Other Voices show in Berlin, sold out her first headline show at the 1,000 capacity Button Factory in Dublin and appeared on the ‘Imelda May New Year’s Eve Special’ on RTÉ One.

What’s more, in 2018 Soulé performed at Eurosonic Noorderslag (ESNS) in Holland, on RTE’s Other Voices – Ireland’s longest running music TV series and was selected as an AIB Bank Future Sparks ambassador, inspiring and encouraging students all over Ireland to reach their career potential.
Hitting the festival season with a bang, her energetic live shows at Pride, Forbidden Fruit and Body & Soul were just the start of a busy summer for Soulé who recently headlined the Lifestyle Sports Stage at the highly anticipated Irish festival of the year, Longitude. For Soulé, being a part of such a stellar line up with artists she respects and admires such as Solange, SZA, Sigrid, Alma, Travis Scott, J.Cole, Khalid, Princess Nokia and The Internet was a “pinch myself” dreamlike moment.

Pursuing her passion for travel, Soulé graduated with a degree in Tourism, Law with French from the Dublin Institute of Technology where she enjoyed an exchange program at Disneyland in Paris. On her return and in her final months of her degree she accompanied a good friend who was recording at Dublin based studio, Diffusion Lab in 2014 to collaborate on a track. This honest introduction ignited her musical journey when she found like-minded souls in the Diffusion Lab team.

The ground breaking Irish DIY production unit and artist development collective who encouraged Soulé to experiment and define her unique sound. This lead to the release of her debut single ‘Love No More’ in her final year of university. Being part of the Diffusion Lab family, surrounded by positive energy and making friends with her fellow emerging artists including Jafaris, Rushes, Flynn, Day_s have egged her on to do great things.

Soulé harnesses the energy of her idols – hugely inspired by Erykah Badu, Janet Jackson, MNEK, Zara Larson, SZA, Solange and Lauryn Hill to name a few! Her own style is genre-bending having evolved from a new cross-genre generation. Soulé’s sound at its core is electronic pop but her music draws on various influences from Drum & Bass, Neo-Soul, Dance and R&B. Her creations showcase the contrast of her soulful visceral voice over beds of thumping electronic beats, married with classic 90’s inspired harmonies. A passionate singer songwriter who blends irresistible, catchy music with unapologetic lyrics about heartbreak and reclaiming confidence in love and life.

The excitement around Soulé continues to grow rapidly and her ambition to take her sound beyond the confines of Ireland is echoed by her peers Hare Squead, Jafaris, Reejie Snow and the Rusangano Family, as a core part of a new breed of Irish artists who are just a step away from making a major international breakthrough.