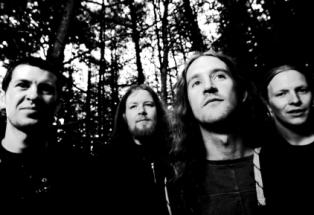 Speedking, the Castleblayney based hard rock band, have just launched their new album ‘Cause and Effect’. The album was produced and mixed by Ronan Morgan and mastered by Jon Astley, known for his work with Led Zeppelin, The Who, Jools Holland and the Sex Pistols, at Close to the Edge Studios London.

Recorded in Monaghan’s Attic Studio the album is the culmination of eight years of hard work. Over this time, Speedking have developed a unique hard rock sound, with the new album combining elements of progressive rock with strong melodies.

Throughout 2010 Speedking have been promoting ‘Cause & Effect’ nationally. At a pre-launch of the album in their hometown they filled one of the North East’s largest venues, receiving rapturous reviews from their wide fan base.

The official launch of ‘Cause & Effect’ will be followed by a heavy touring schedule, with international gigs lined up for 2011. For further details of venues and dates, visit – http://www.myspace.com/speedkingrock