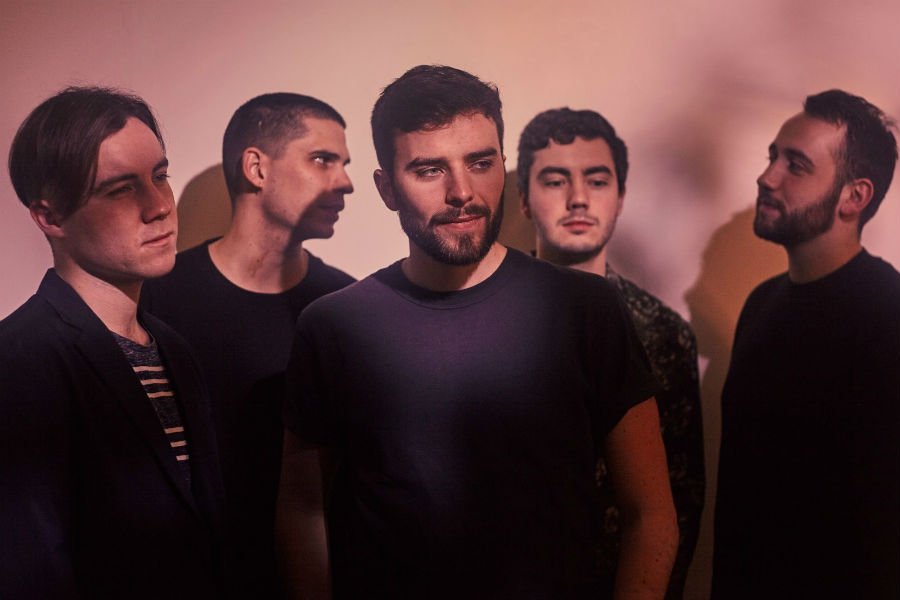 Spies continue to tease out new music ahead of their debut LP, ‘Constancy’, out November 23rd.  ‘Ho Chi Minh’ is the 3rd song to be released from their forthcoming album.

Spies received critical acclaim in the UK and Ireland with their early singles. After the release of their ‘Sea Creature’ EP and a tour with Wolf Alice in 2016, the band began work on their debut album. The album would ultimately capture the sound of a band undergoing a major metamorphosis. While acquiring an arsenal of new equipment and building a studio, they experimented with new sounds and more leftfield sonic ideas.

“When we first started the band we had an idea of being a really minimalist indie rock band – we had rules like no chords, no backing vocals and absolutely no synths. While these limitations helped us in writing our early material it was incredibly liberating to throw them out the window. The gradual introduction of synthesizers opened up a whole new world of sonic possibilities. We began to write in a studio environment; trying and testing different sounds, chopping and changing song structures and listening back with a critical ear.” says guitarist Neil Dexter.

A particularly fruitful writing trip to Kerry, Ireland became a turning point for the band. They began demoing songs that married electronic themes with their energetic rock sound which had garnered them such early praise.

The process of writing ‘Constancy’ wasn’t entirely an easy one however. The band struggled balancing their musical aspirations with their careers. This led to Spies going on an indefinite hiatus once the album was finished.

‘Ho Chi Minh’ was the first song recorded for the album. As such, it perhaps resembles their earlier sound more than other tracks on the record. The inclusion of a KORG MS-20 and the subtle rumblings of a MOOG amongst the distorted guitars point to their evolving sound.

“I wrote the lyrics to ‘Ho Chi Minh’ when I was travelling in Vietnam with two friends. I started it one night when I had to sleep in the reception of a hostel because I was too late to check in. In a makeshift bed/leather couch with a towel as a blanket, I conjured up the first few lines of the song. The song is mainly about friendship and the care-free time the three of us shared together.” – Broderick.

The band will play headline shows in

London and Dublin this week –