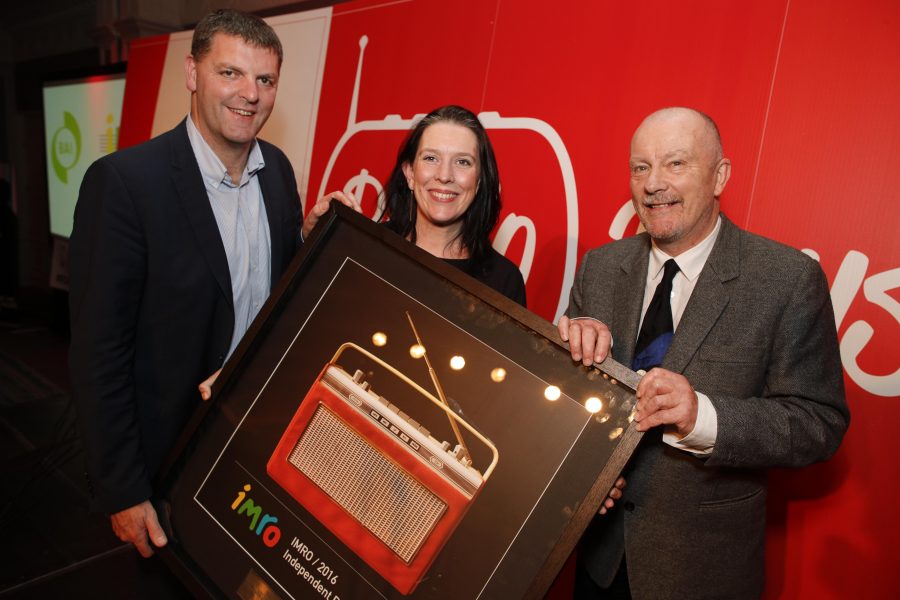 Spin SouthWest has been announced as recipient of the prestigious IMRO Independent Radio Award, in recognition of its continued commitment to supporting music creators. The regional radio station is based in Limerick and broadcasts to counties Limerick, Clare, Kerry, North Tipperary and South West Laois.

The award was presented by Keith Donald, IMRO Chairman to Nessa McGann, Programme Controller of Spin South West at the RadioDays Ireland Broadcasting Conference which took place in Dublin today. Spin SouthWest’s commitment to Irish music can be seen in the wealth of initiatives and promotions designed to highlight Irish music scattered throughout the stations’ schedule. Live on-air sessions for Irish acts including unsigned Irish artists, Homegrown Irish Hero featuring a new Irish track during the Breakfast Show each day, Emerald Artist of the Week and an opportunity for Irish DJs to feature their dance mixes on-air are just some of the ways in which Spin SouthWest promotes many varieties and genres of Irish music. The station has received national plaudits for its Irish music programming in the past most notably with its Spin Alt programme taking home a PPI Radio Award for Specialist Music Programme.

“We are committed to assisting in the development of Irish music and Irish musicians in as many different genres and styles as we can. We consistently give prominence to Irish music in our schedule and the IMRO Radio Award is testament to this. We are very proud of the commitment of Spin SouthWest to the promotion of Irish music,” said Nessa McGann, Programme Controller of Spin SouthWest.

Keith Donald of IMRO said; “The Irish Music Rights Organisation represents songwriters, composers and music publishers across all genres and the support of independent radio in bringing outstanding musical talent to the wider public is critical to their success.  This award reflects the commitment of Spin SouthWest to supporting music creators of all genres and styles.”