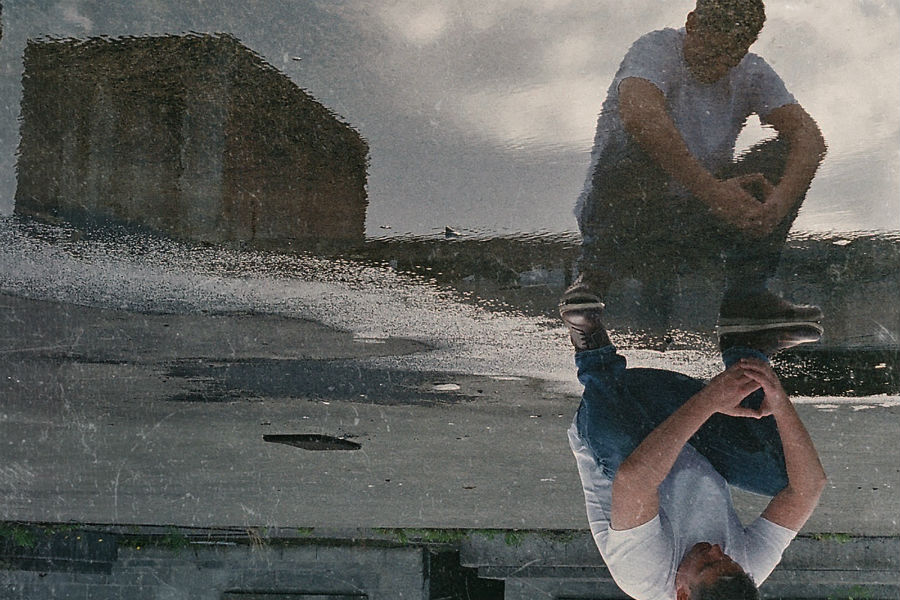 Not everybody has access to such collaborators as Luka Bloom , Damien Dempsey and Davy Spillane on their debut album. But when you meet Steo Wall for the first time, you quickly understand why such legendary musicians wanted to join him on with ‘Where I’m From’ – his debut album. A sound bloke, quick to laugh, with a rich Dublin accent and the wit to go match it. Mixing traditional Irish folk with some contemporary Irish rap, Steo brings the listener on a journey from the bad-lands of Dublin, working class, housing estates to the beauty of Ireland’s west coast

Recorded, mixed and mastered by Martin O’Malley of Malbay Studio, Co Clare. ‘Borstal Boy’ is an age old story in the form of a catchy new tune full of vivid imagery. It follows the story of little Johnny, a 16 year caught up in a family cycle of drugs and crime. Selling drugs on a corner, he gets caught, goes to prison, and we get to witness his choice’s along the way.

Growing up in Dublin gave Steo a grounding in rap, “Though I was more Toothpick then Tupac,” he jokes. But it also saw him lose friends and family members to prison and drugs. Steo left Dublin for Co. Clare in 2012, and started working as a fish smoker in Lisdoonvarna. He quickly immersed himself in the vibrant local music scene of North and West Clare, which is where he met his partner and the mother of his two children.

In October 2018 Steo was asked to perform as part of the RTÉ Radio1 inaugural folk awards in Vicar Street. And in 2019 he was asked to sing Rainy Night in Soho as part of Irelands Favourite Folk Song airing on RTÉ TV

Since the launch of ‘Where I’m From’, Steo has headlined Doolin Folk Festival, K-fest, Feile NASC, and RTÉ Simply Folk stage at All Together Now Festival, and continues to play countless theatres and venues across Ireland

He has recently just secured an interantional booking agent, and will make his international debut in London in November 2019.